A branch of Tesco (Britain's leading downmarket supermarket chain) has imposed a ban on people shopping in their pyjamas. This reminds me that when I first came to Hong Kong, it was common to see people in their PJs slipping out to the local dai pai dong for a quick bowl of noodles at suppertime. Nowadays there are only a handful of true dai pai dongs left, and no self-respecting Hong Konger would dream of going out to eat without getting dolled up in their name brand clothes (real or fake depending on income). Somehow there was an unselfconscious innocence about those days which I miss .
Posted by Private Beach at 6:37 pm 2 comments:

"I elected them to represent me, not to resign."

Words of wisdom from one who, I suspect, echoes the feelings of many Hong Kong people over the resignation today of five pro-democracy legislators to force what they claim will be a de facto referendum on democratic reform.

I an personally quite peeved by this action. I don't want to do anything that could be perceived by the government as indicating a lack of public support for immediate universal suffrage. But neither do I want to cast my vote for Leung Kwok-Hung, better known as Longhair, the democratic candidate in my constituency. I feel he's never made the mental leap from being a street agitator to becoming an effective legislator, and his party's attention-grabbing antics in LegCo all too often divert attention from the causes they aim to promote rather than furthering them.

This is only the latest in a whole series of mistakes made by the pan-democrats, however. The previous electoral reform proposals in 2005 were voted down, yet it would in retrospect have been wiser to abstain from voting (as one member did) rather than voting against them. A small step towards democracy may not seem much, but Beijing calls the shots, and they are clearly concerned that full democracy will bring about the kind of social chaos that they most fear. Each move towards democracy that is seen not to destabilise Hong Kong reassures them and makes them more ready to grant us a little more next time around. If the price for that is living with some role for the fundamentally undemocratic functional constituencies a little longer, then so be it.

Another mistake, particularly for the League of Social Denocrats, was to overplay the fuss over Donald Tsnag's alleged favouritism towards his family members in the last budget. The Chief Executive - in my view a competent administrator who has neither the vision nor the charisma to be a true leader - may have made an error in not realising that the proposal to subsidise energy-saving light bulbs woiuld indirectly benefit a relative, but nothing in his history or what we know of his character suggests that he is corrupt. Far better to oppose his real failures - on democracy, health care, and numerous other issues.

So - how to vote in the coming by-election? That's if there is one, with the pro-Beijing parties threatening to boycott the whole exercise. Wait and see.
Posted by Private Beach at 10:51 pm No comments:

It appears that the Substandard's notorious inability to afford competent subeditors has now spread to the South China Morning Post. A headline on their website today proclaims "Dissident HK handed to mainland jailed 9 years". If "HK" is the subject here, as it appears, we're all in big trouble. (Not that we aren't anyway, if "our" government goes around handing people in Hong Kong over to mainland authorities for offences that are not illegal here.)
Posted by Private Beach at 9:43 am 3 comments:

Consulting firm Accenture was one of the first sponsors to drop Tiger Woods after his extramarital shenanigans became public knowledge. Somehow the message doesn't seem to have filtered down to their Hong Kong office yet - a version of the image above advertising their services still greets arriving passengers at the airport (exit B).
Posted by Private Beach at 1:24 pm No comments: 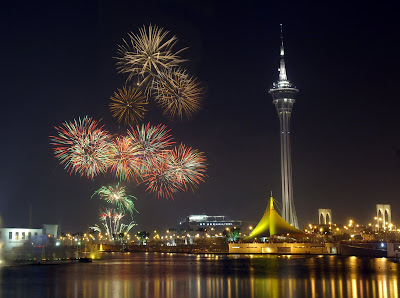 Anyway, 2009 was a difficult year for many people; let's hope the difference will be 2010. Happy New Year, everyone!
Posted by Private Beach at 8:09 am 2 comments: