Saw this on a friend's Facebook and thought it was perfect for a Private Beach Christmas.  Wishing my loyal readers the compliments of the season and a democratic new year!
Posted by Private Beach at 6:50 pm 1 comment:

Email ThisBlogThis!Share to TwitterShare to FacebookShare to Pinterest
Labels: Goodness 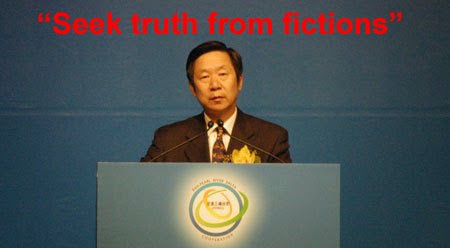 Watching the news lately has become more of an ordeal than a pleasure; with various government ministers, mainland bigwigs and pro-government toadies talking total bollocks every day, there is always something to be irritated by.  But few of the many untruths emanating from our northern neighbours recently have left me so furious as Chen Zuoer's accusation that the British were cowards who surrendered meekly to the Japanese invaders who overran Hong Kong in 1941.

It may suit the Chinese Communist Party line to peddle this lie (designed, it seems, to reinforce their other lie that the Joint Declaration is China's business alone), but the historical reality is that the hopelessly outnumbered British and Commonwealth garrison fought bravely against the invaders for 16 days before, with no prospect of success, the then Hong Kong Governor reluctantly surrendered to avoid further loss of life.  A visit to the military cemeteries at Sai Wan and Stanley would show Chen the graves of many of those courageous men he falsely labels cowards.

As it happens, the father (now deceased) of a friend was one of those who fought the Japanese here before enduring more than three years of brutality as a prisoner, initially in a local PoW camp then as a slave labourer in a factory in Japan.  But apart from Hong Kong, Chen's statement is also a gross insult to all the British, Commonwealth and American servicemen who spent several years of their lives fighting against Japan.  My own father was one of them, a signaller on a Royal Navy ship which saw action in the Far East.  Without the efforts of those millions of men, it is quite probable that China today would still be under Japanese rule.

More on this story here and here.
Posted by Private Beach at 11:32 am 4 comments:

If at first you don't succeed, keep getting it wrong

The Pro-China Morning Post had three goes at getting the right headline for its lead story yesterday, and still failed each time. 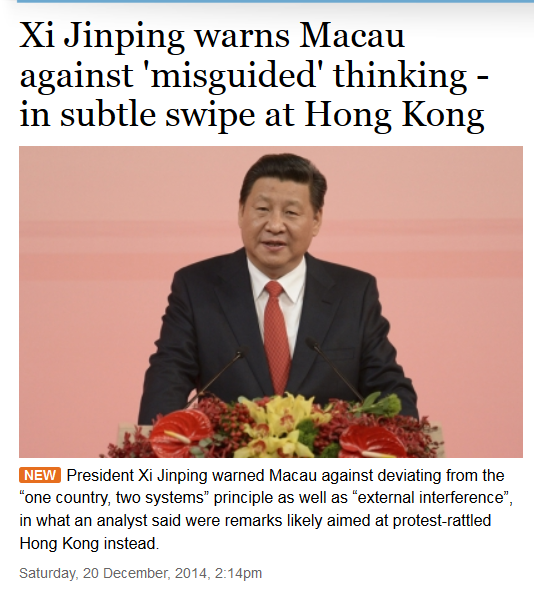 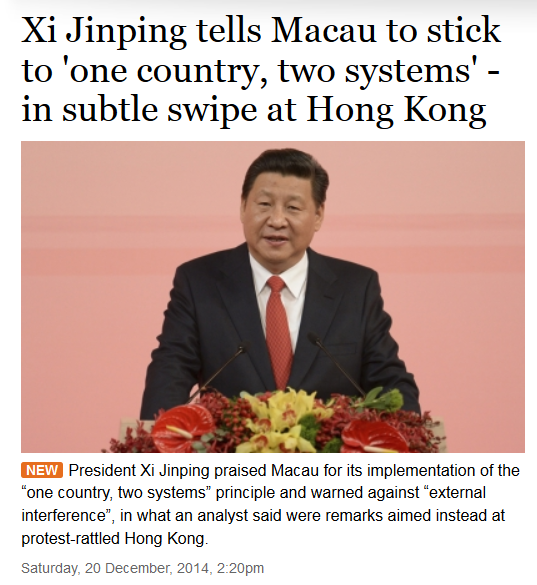 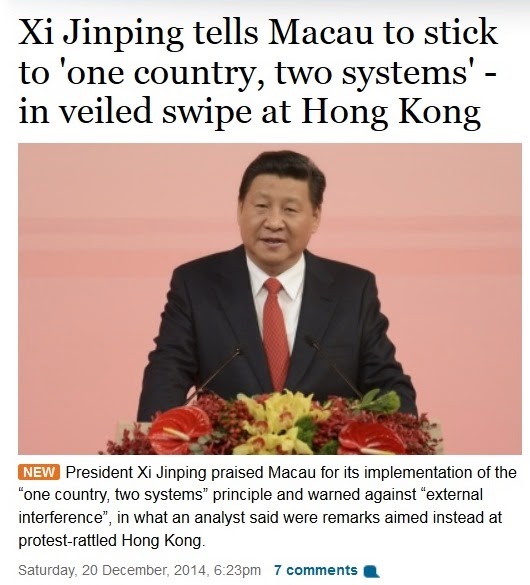 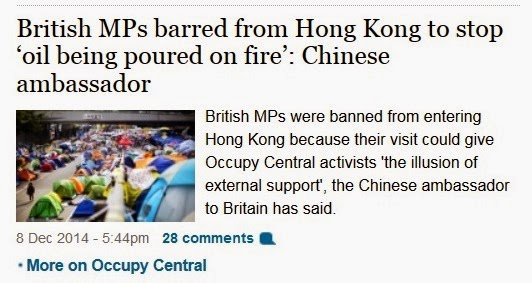 Only a few weeks ago we were being told that the Umbrella Movement was being backed by insidious foreign forces bent on undermining China.  Now China's Ambassador to Britain tells us that external support for the protests is an "illusion".  I'm so confused...
Posted by Private Beach at 10:40 pm No comments: