View from A Dove

A few years ago I shot a roll of black and white film.  I got it processed with a contact sheet, but for some reason it turned out to be severely underexposed, to the point where I could barely make out the subjects.  The other day I scanned it (with an Epson V700 for those who are wondering) and played around with the results in Photoshop (at which I am far from expert - in fact a beginner) to see if i could get something out of the negatives - which were also rather dusty and scratched.  This shot - the best exposed of the bunch - needed quite a lot of manipulation, but I am quite pleased with the rather moody feel that resulted.  So here it is.

Posted by Private Beach at 2:54 pm No comments:

It would be hard to find a more perfect putdown than the response by a hotel chain to criticism from British "celebrity" Katie Price - whose main claim to fame is the frequent display of her oversized breast implants - of her honeymoon stay at one of their hotels in the Bahamas.  (She makes somewhat of a habit of going on honeymoon, being on her third marriage already.)   Among her other complaints Price apparently said her "wedding snaps showed a beach — but if you looked the other way there were ugly skyscrapers”.  Well, duh.  Check out Google Earth next time.

The response of the resort: "As a gesture of goodwill we are willing to offer her a refund on condition she does not choose our resorts for any future weddings or stays.”  Nice one!
Posted by Private Beach at 10:53 pm No comments: 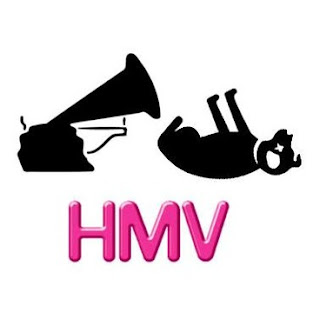 Since just about every Hong Kong blogger today will probably be pontificating on the Chief Executive's Policy Address yesterday, I thought I'd write about something entirely different: the imminent collapse of HMV, which is now in administration, a prelude to either sale and restructuring or bankruptcy and closure.  In the UK, consumers are furious that their HMV gift vouchers, some of them only sold a few days  ago when the company already knew it was in deep financial doodoo, have been declared invalid.  There is also concern that HMV owes money to a charity in Ireland for sales of a charity recording which the charity may now not receive.  And of course people are unhappy that yet another major retailer joins a long list of familiar names - Woolworth's, Comet, Jessops, and just yesterday Blockbuster - going down the tubes and leaving huge gaps in Britain's high streets and shopping centres, as well as throwing thousands out of work.

Here in Hong Kong, where HMV is, as in the UK, the largest music and DVD store chain in the market, it's too early to know what will happen to the shops, but if they do close down, the best we can hope for is a giant clearance sale which will at least give me the opportunity to fill some gaps in my CD collection at bargain prices.

There is much that could be said about the trends behind this: the impact of Internet sales (in which HMV is also a sizeable player), the switch from CDs to MP3 downloads, and all that, but what I want to do here is celebrate HMV's history as a great British institution.  Though its roots go back even earlier, HMV's retail arm effectively started with the opening of its first store in London's Oxford Street in 1921, presided over by Sir Edward Elgar.  What makes HMV remarkable is that, long before the word logo entered everyday language, HMV's was one of the earliest and most successful examples of what is now called visual branding.

Tha famous picture (left) of the dog Nipper looking into the gramophone from which "His Master's Voice" emanates, which goes back to 1900, has become one of the most familiar and best-loved icons in the world, used by several record companies over the years, and even today a stylised version of it (right) remains in use despite the full name giving way to today's three-letter abbreviation.  So famous did Nipper become that he even has streets named after him in Kingston-upon-Thames, where he is buried, and Baltimore, where RCA had the American rights to his image. 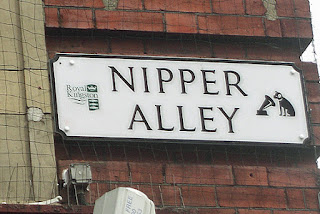 In its early days HMV produced records as well as selling them, and the image appeared on many old 78s. 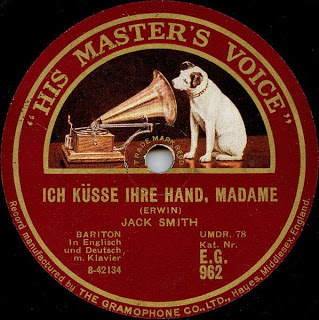 But perhaps the best evidence of public affection for the image can be found in the many parodies it has inspired over the years. 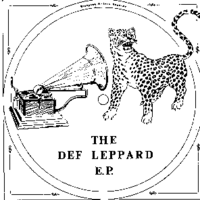 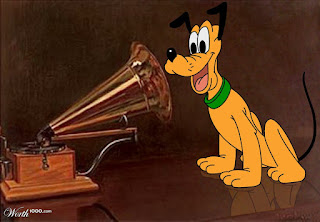 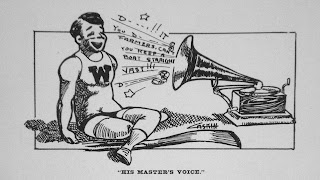 This is a Halloween version: 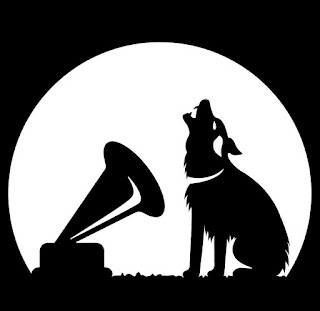 and a modern update: 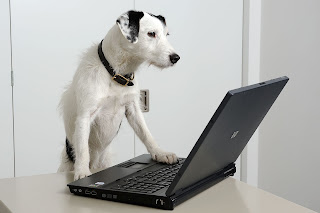 And with the news of the current crisis, cartoonists could not resist variations on the idea at the top of this post. If the stores go, will the icon retain its popular appeal, or fade gradually into the mists of history, I wonder?


Posted by Private Beach at 4:32 pm No comments:

Looking at the South China Morning Post online, I was struck by the irony of the headline "China media urges transparency over pollution", but shortly afterwards, the headline was switched to "China state media urges action as smog hits 40 times safe limit" - though the original headline can still be sen on Aljazeera and other sites.  I think transparency is the last thing Beijing residents are likely to see in their air for a while - and we thought we had it bad here in Hong Kong...
Posted by Private Beach at 6:02 pm No comments:

A couple of classic typos this morning: the online programme guide on BBC Entertainment TV has the hottest stars performing live "to a 1, strong audience".  That doesn't sound very strong to me!  Meanwhile Rupert Murdoch's British rag The Sun, reporting on some loony guru who claims the tragic rape and murder of a young Indian woman was partly her own fault, says that the victim "was flown to Singapore for treatment to her catastrophic industries".  Yeah, hard work can be a killer.

The Sun also wins today's award for most tasteless headline of the day: "Lesbians 'tortured pensioner before leaving him to die'".  When you read the story, the fact that the assailants happened to be a lesbian couple has nothing to do with their crime - "Women" would have told the story perfectly well - but The Sun being what it is, no doubt some sub-editor couldn't resist spicing up the story with a bit of titillation in the headline (let's see if it works for me, above).    Or perhaps Sun reporters are secretly terrified that gangs of rampaging lesbians are on the prowl, Night of the Living Dead style, looking for helpless pensioners to torture.  I'm terrified already...

Posted by Private Beach at 11:09 am No comments: