Got to admit it's getting better 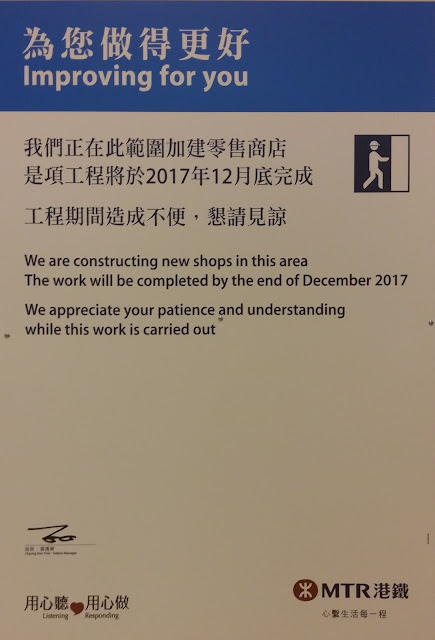 It appears that the MTR Corporation defines "improvement" as "impeding passenger flow by cramming more unneeded shops into already congested station concourses in order to make a few extra bucks".  But hey, this is Hong Kong.
Posted by Private Beach at 2:03 pm No comments: 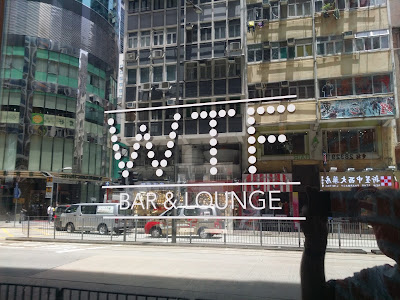 Full of nothing and signifying nothing

It's a little early in the year to be giving out our coveted awards, fondly known as The Privates, but we already have a winner in the Most Vacuous Political Statement of the Year category.  So-called President Trump during his visit to Paris:


Yeah, something could happen with respect to the Paris accord.  We'll see what happens, but we will talk about that over the coming period of time and if it happens that'll be wonderful, and if it doesn't that'll be OK too.

Posted by Private Beach at 10:01 pm No comments:

THE WHAT OF THE WHAT? 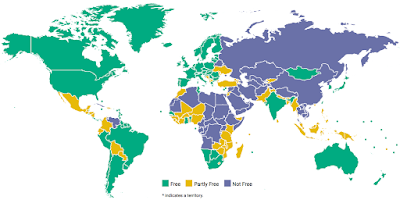 A contemporary view of world freedom

A couple of days ago I turned on the TV during the G20 summit just in time to catch the announcer saying, “…and [Russian President] Putin is now meeting with the leader of the free world”.

The what of the what?!! Back in the innocent 1950s of my childhood it was common in the west to view the world as being broadly divided into three zones: the free world (North America, Western Europe, Australia and New Zealand – us, capitalist, mostly white, plus perhaps a place for Japan and Taiwan); the godless communist world (The Soviet Union, China, Cuba – them); and what was then beginning to be called the Third World (almost everywhere else, poor, brown-skinned, largely ignorable).

Even then this picture – focused almost entirely on economic freedom while social repression ran rampant – was overly simplistic.  Does anyone still believe it is adequate to represent the diversity and complexity of today’s globalised world?  Or that freedom is only found in the west?  Or that every western country genuinely embodies the ideal of freedom?  Or in particular that the USA, self-appointed champion of democracy, really values the principles it proclaims?  The US has, after all, been complicit since 1949 in the overthrow of elected leaders in Syria, Iran, Brazil, Guatemala, Chile, Haiti, Honduras, Egypt, Palestine, and Ukraine.

And most ludicrous of all, does anyone see so-called US President Donald Trump as any sort of champion of freedom?  Trump has shown himself an enemy of freedom wherever it rears its head: above all, media freedom.  And in order to be a leader, one must surely have followers – yet no other leader has shown any inclination to follow Trump into his fantasy world where global warming is a Chinese hoax and every trade deal is a conspiracy to steal American jobs.

Consequently, we are now seeing journalists coming up with stories asking: “who will be the new leader of the free world?”  As a way of looking at today’s world, this is about as useful as asking “Which nation will build a faster steam train?”  Yet when lazy reporters continue to use hackneyed and obsolete phrases like “leader of the free world”, you have to admit that Trump’s criticism of “fake news” is not entirely unjustified.  And applying that description to Trump himself is about as fake as you can get.
Posted by Private Beach at 10:48 am No comments: