If the Message Stinks, Repeat It Louder 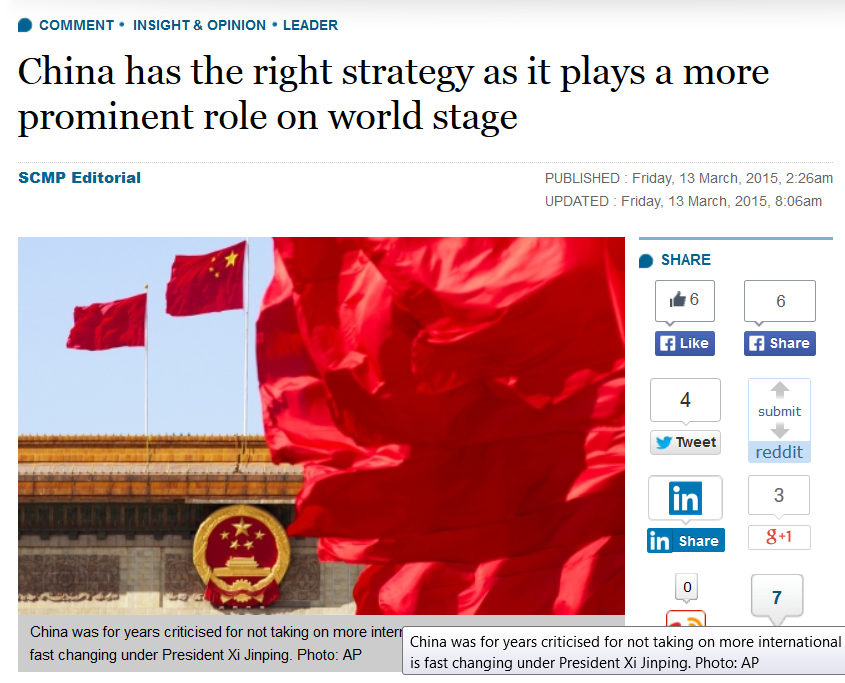 When not blatantly brown-nosing China's leaders with an editorial (above) that could have been cloned straight from the front page of the China Daily, the South China Morning Post is usually sucking up to Hong Kong's business lobby. 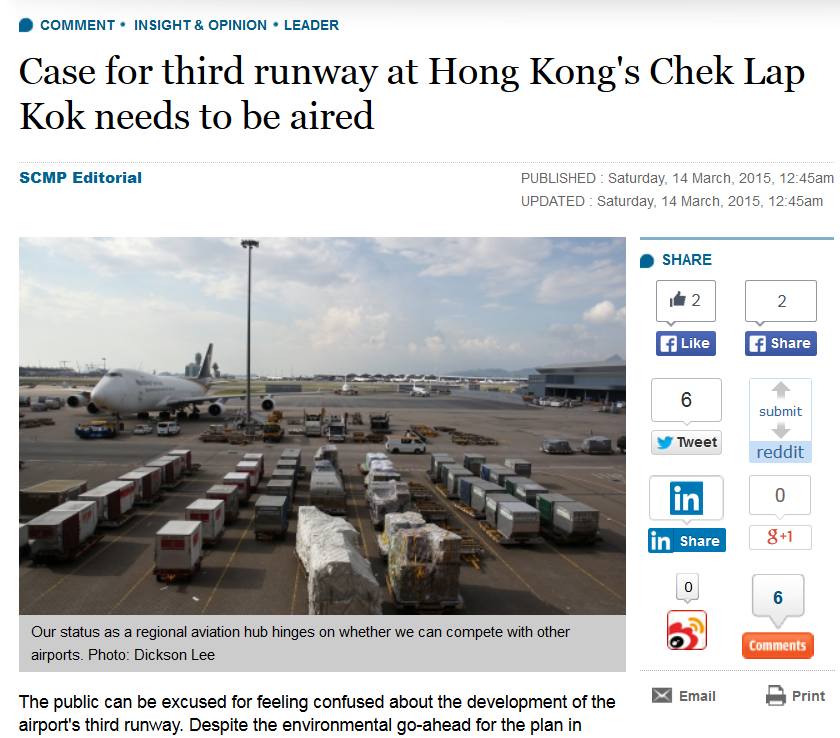 Naturally, therefore, it joins the hysterical chorus demanding a third runway at Chek Lap Kok.  The public, it tells us, "can be excused for feeling confused about the development of the airport's third runway".  The Post suffers from no such uncertainty, assuring us with an air of smug superiority, "that the project is still challenged by different sectors at this stage underlines the need for better explanation."

That the project has failed to win public support is arrogantly assumed by the writer to be a mere failure of communication.  All that needs to be done, in his (or her) view, is to keep shouting the same message at the public until it gets across to them.

Does it not occur to these dumbclucks that the real reason the plan "has yet to get broad public support" may be that the case for the third runway is far from proven?  Perhaps the public is not convinced because the case for the project is not convincing.  For a start, even the editorial admits that it has not yet been decided who will pay for this grandiose mega-project, estimated to cost HK$136 billion -- though such massive infrastructure ventures typically end up costing far more than the originally budgeted figure.

Although the government conducted a public consultation exercise on the issue back in 2011, this was based on a highly selective presentation of the facts, and several trends have changed since then.  China's economy has slowed, along with the rest of the world's, probably leaving forecasts of future demand overstated.  Climate scientists' warnings of the dangers of global warming have become more urgent, though carbon emissions were not even considered in the original environmental impact assessment.  Even "pro-China" politicians are now calling for a cap on tourist numbers as Hong Kong creaks at the seams to accommodate too many mainland visitors.  And recent studies suggest that the beleaguered local Chinese White Dolphin population - whose habitat sits in the way of the proposed land reclamation - is under even greater stress than previously thought. All these have negative implications for airport expansion.

In fact so many factors are involved that it is doubtful that any forecast of future air travel demand can be more than a best guess, depending on what assumptions one chooses to make.  Economic developments, fuel costs, the ongoing movement of manufacturing away from the Pearl River Delta deeper into China, the adoption of larger planes like the Airbus A380, the effect on wildlife, the impact of China's expanding High Speed Rail network on demand for air travel, the shortage of local construction workers - so many uncertainties surround all these variables that any prediction is likely to be well off the mark.  In fact the only certainties -- increased noise and air pollution if the project goes ahead and the likely wiping out of our local dolphin population -- all support the cancellation of the expansion plan.

"Our status as a regional aviation hub" the Post argues "hinges on whether we can compete with other airports" -- but readers' comments beneath the original editorial question whether we can -- or need to be -- a regional aviation hub in a region with four other airports. Indeed, some suggest that the region's airspace is too crowded already to permit the number of extra flights required to make the additional runway cost-justifiable.

Of course those in the aviation sector -- with the Post as their cheerleader -- predictably insist that the third runway is urgently essential, because it will benefit them.  But is is by no means clear that it will benefit the community as a whole.