A Drop of the English Stuff 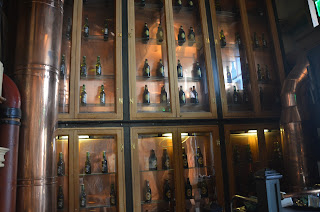 Methinks the Sun's reporter on the celebration of "Arthur's Day" in Ireland has had a drop too much of what she writes about.  She reports that Arthur Guinness's "ancestor Desmond Guinness and wife Penny unveiled a new Arthur Guinness Square in Leixlip".  Unless Desmond and his wife are about 300 years old, I think that should be "descendant"!

The irony in all this celebration of Ireland's most famous export is that Guinness is no longer Irish.  For some years now it's been owned by London-based multinational conglomerate Diageo, which also owns many other famous drink brands.  From the Wikipedia description, it sounds as predatory and unlovable as any other giant conglomerate.  Here in Hong Kong, it quietly reduced the strength of Guinness Foreign Extra Stout - the version of the drink long established in the territory - from 7.5% to 5% some years back without cutting the price to match.  Not very extra, is it?  Meanies!  Incidentally most of the Guinness sold here comes from the company's brewery in Malaysia - only 6,700 odd miles from Ireland.

However, with Ireland's other two big breweries - Beamish and Murphy's - also in the hands of a foreign multinational, Heineken, the small Porterhouse chain is now free to advertise itself as "Ireland's largest Irish-owned brewery".  And good luck to them - their beers are better.  The picture above was taken in their London pub in Covent Garden last month.
Posted by Private Beach at 7:51 pm No comments:

Of which day, exactly?

Spotted in the blog list in the HKSAR Blog:

Typo of the Day
Herioc* (for Heroic*)
4 days ago
Posted by Private Beach at 1:20 pm No comments: 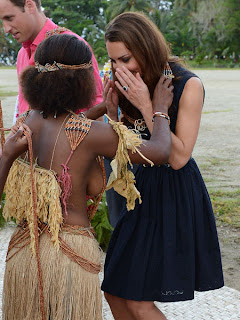 I'm no royalist - far from it - but it's hard not to sympathise with the Duke and Duchess of Cambridge  over a French magazine's publication of topless photos of Kate.  If the Royal Family are parasites, as many would consider them, what does that make the paparazzi who prey on them?

Irish newspaper editor Michael O'Kane, who reprinted the pictures in his organ, commented that he treated them no differently than photos of other celebrities like Rihanna and Lady Gaga.  The difference is that Rihanna and Gaga's bodily exposure is a calculated move to attract more publicity in order to advance their careers.  Kate, by contrast, was sunbathing with her husband in a remote private garden, unaware that a peeping tom was lurking in the bushes a mile away with a super-telephoto lens.  If O'Kane can't understand the difference, then he's too stupid to be a journalist, let alone an editor.
Posted by Private Beach at 7:41 pm 1 comment:

it goes without saying

Just a reminder, if you're a Hong Kong resident and care about the territory's future, get out there today and vote!
Posted by Private Beach at 3:55 pm No comments:

Several decades ago I made the memorable journey across what was then the Soviet Union by the Trans-Siberian Express.  At breakfast time the Brits and Australians aboard would bring out their little pots of Marmite and Vegemite and argue the respective merits of these two concoctions.

Then I just heard a couple of days ago that some people in Singapore eat Marmite congee.  How the British Empire lingers...
Posted by Private Beach at 11:12 am No comments:

Skewered by his own petard

Bill Clinton's speech at the Democratic National Convention urged voters to give President Barack Obama another 4 years in office.  Clinton compared Obama's position with his own presidential term, arguing that Obama inherited a worse mess than he did and therefore needed more time to correct it.

According to last night's TVB News, the Republican response was to claim that Clinton owed his successful management of the economy to his ability to cooperate with the Republicans.  Since the current Republican leadership has largely refused to cooperate meaningfully with Obama on anything at all, this is tantamount to admitting their own responsibility for Obama's economic failures.  But I suspect they are too stupid to realise the irony of their own argument.

Of course, stupidity is not a one-sided prerogative.  The Democratic leadership, ignoring vocal opposition from the floor of the Convention, forced through an addition to the party platform declaring both that "Jerusalem is and will remain the capital of Israel" and that "Jerusalem is a matter for final status negotiations" - otherwise known as wanting to have your cake and eat it, and definitely unhelpful to Middle East peace efforts, not to mention contrary to international law which recognises the pre-1967 borders under which East Jerusalem is not part of Israel.
Posted by Private Beach at 12:56 pm No comments:

How could I have published yesterday's post and not seized the opportunity to make fun of the other indispensable word in the teenage vocabulary (not just by Americans, though they tend to be the worst offenders)?  I, like, totally apologise for this awesome omission.
Posted by Private Beach at 6:22 pm No comments:

How to speak American

Overheard in Delft, the Netherlands, recently - an American visitor looking at an old church tower with a pronounced tilt to one side: "It's, like, totally leaning!".

Apparently "totally" is American for about 2 metres from the vertical.  Or like it, anyway.

Incidentally the artist Vermeer is buried in the church, which is totally still standing.
Posted by Private Beach at 12:29 pm No comments: