Two Words, Not One More

It's puzzling that Carrie Lam is spending so many days hobnobbing with Chinese officials over the border to discuss the content of her delayed Policy Address, when all she has to do to surprise and delight the people of Hong Kong is to condense it to just two simple words: "I resign".

Look Back in Danger 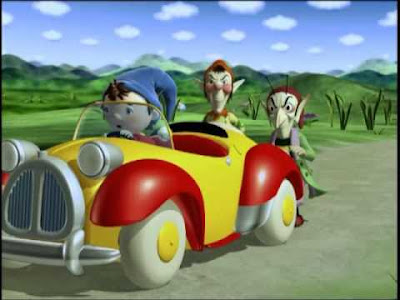 Four decades in Hong Kong have given me a great admiratiuon for the Hong Kong people (if not, alas, for those who govern them). Yet despite their hard work, intelligence, and dedication to principle, one quality is curiously lacking - they seem to be totally unaware that vehicles can travel backwards as well as forward.  Any driver in Hong Kong trying to manoeuvre into or out of a tight parking spot can be sure that the second they start reversing, some idiot pedestrian will walk across their path a few inches behind them, seemingly blithely unaware that they are actually moving.  I'm not sure what accounts for this blind spot - posasibly the fact that many Hongkongers lack driving experience - but you can be sure that if one of these people who put themselves in harm's way actually suffered an injury, they would immediately blame the poor driver for it and not their own lack of caution.

Mind how you go.

When in doubt, see Rule 2 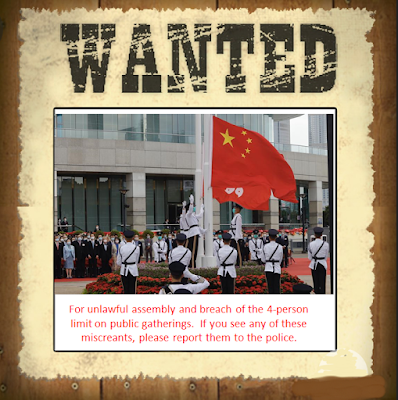 Posted by Private Beach at 6:23 pm No comments:

We are the people our government warned us against 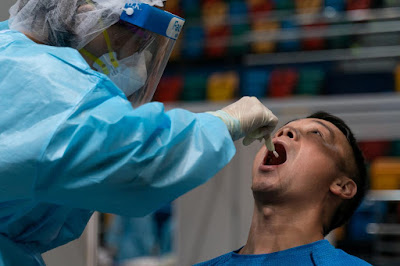 Though the government will no doubt proclaim its mass community testing programme for Covid-19 a magnificent triumph, I leave it to others to comment on whether a turnout of 1.7 million against a projected 5 million, with only a handful of positive test results, really qualifies as a success.

What I do wonder is whether any of the numerous test subjects pictured in the constant stream of propaganda pushing the scheme have given permisision for their depiction in this situation.  Surely one time you are entitled to expect a degree of privacy is when undergoing an uncomfortable and unsightly medical procedure probing one's oral cavities?

Given this, I wonder how it is that Chief Executive Carrie Lam (or her body double; it's impossible to tell from this angle) managed to get her own test photographed from behind? 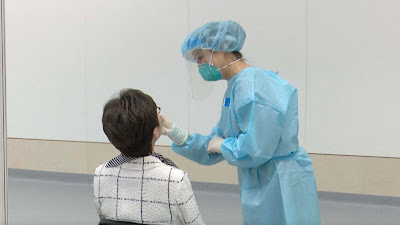 Surely if others are expected to be photographed uncomplainingly with a swizzle stick deep up their nostrils, Carrie should let the public enjoy the sight of her own discomfort?
Posted by Private Beach at 5:29 pm No comments: 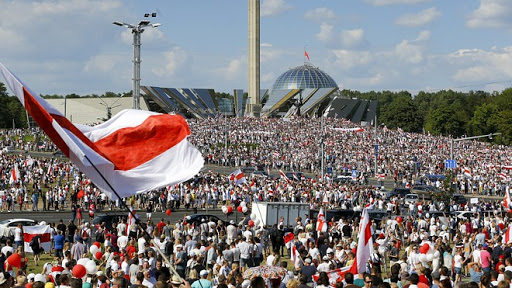 The embattled Belarusian dictator Alexander Lukashenko is quoted as describing protesters against his rule as "people with a criminal past who are unemployed".  With that many unemployed in the country, it's not surprising he had to rig the last election to stay in power!  Let's hope that he himself soon joins the ranks of the unemployed so his people can look forward to a better future.
Posted by Private Beach at 9:07 am No comments:

Be careful what you ask for

As in past years, the Hong Kong government is conducting a public consultation exercise on what should be in the Chief Executive's annual Policy Address.  This seems a particularly pointless exercise this year, as what the majority of people want is not only clearly unattainable under the current regime, but even to demand it is probably no longer legal.  Still, I am wondering what would happen if a million Hongkongers wrote in to say they wanted this year's address to consist of only two words: "I resign".

Posted by Private Beach at 4:26 pm No comments:

Return of the 4 o'clock fairytale hour

See here for an account of the police's rewriting of the Yuen Long attack story.

Posted by Private Beach at 3:46 pm No comments:

Posted by Private Beach at 3:04 pm No comments:

Posted by Private Beach at 1:02 am No comments: 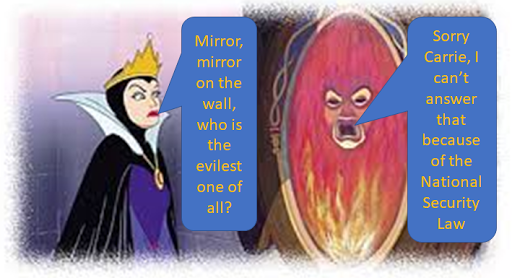 Posted by Private Beach at 12:34 pm No comments: 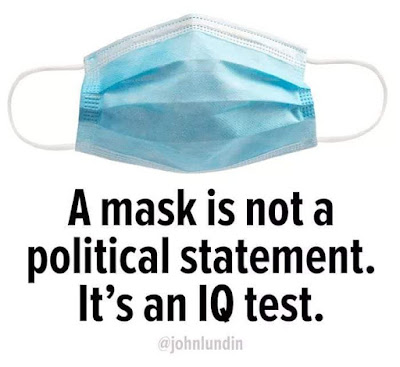 Found this in somerone's Facebook post.  Clearly the British government has failed the test.
Posted by Private Beach at 4:12 pm No comments:

If music be the food of love, play not

Hong Kong's Education Secretary Kevin Yeung has instructed that: “Schools must not allow their students to play, sing or broadcast any songs which will disrupt the normal operation of schools, affect students’ emotions or contain political messages.”  Well, there goes the music syllabus!
Posted by Private Beach at 3:35 pm No comments:

Q. What do the following countries have in common: 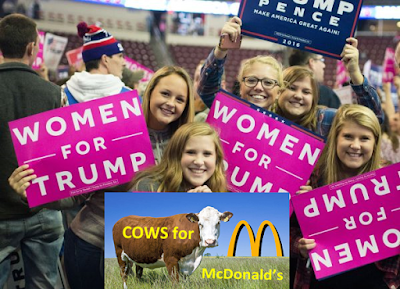 With Hillary out of the picture, and Joe Biden likely to pick an uncontentious woman as his running mate (Amy Klobuchar would be my giuess), it will be interesting to see whether Trump can keep his female support this time around.
Posted by Private Beach at 7:32 pm No comments: Posted by Private Beach at 10:04 pm No comments:

The Truth At Last 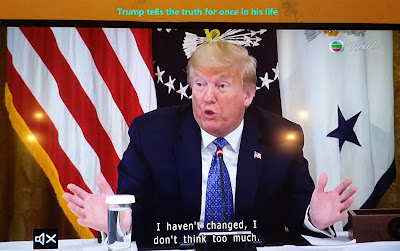 Posted by Private Beach at 9:57 pm No comments:

I'd like to teach the world not to sing

As the national anthem law comes into force, just over a year after the start of the Hong Kong protest movement, Education Secretary and all-round wanker Kevin Yeung declares that schoolchildren will be prohibited from singing songs in school which contain political messages expressing a political stance. So, no "March of the Volunteers" then?

Legal disclaimer: I am not insulting the national anthem, only the jerks who seek to use it as another weapon in their campaign to remove Hong Kong's freedoms.  "Arise, ye who refuse to be slaves!" is a truly noble sentiment - in the right context.
Posted by Private Beach at 4:44 pm No comments:

In a couple of weeks it may become illegal for me to post this.
Posted by Private Beach at 12:35 pm 1 comment: 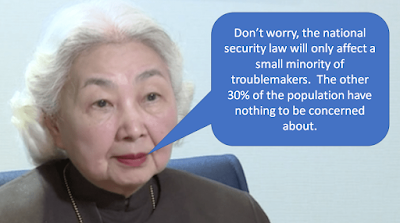 Former Hong Kong Justice Secretary Elsie Leung may look like a harmless grandma, but make no mistake, when future historians compile a Roll of Dishonour of those who have connived to enslave Hong Kong, her name will be high on the list alongside those of CY Leung and Maria Tam. Her claim yesterday that for a mainland security agency to operate in Hong Kong under China's new national security law for the SAR is no more worrying than it is for MI5 and MI6 to operate in the UK or the CIA in the USA is totally disingenuous.  Leung may pretend to be stupid, but she knows full well that those agencies are accountable to the elected governments of their countries, while whatever agency operates in Hong Kong will be accountable only to a brutal dictatorship that holds millions of its own citizens in captivity without trial, and is determined to stamp out the freedoms it once promised to Hong Kong.  Who is she trying to fool?
Posted by Private Beach at 11:23 pm No comments: 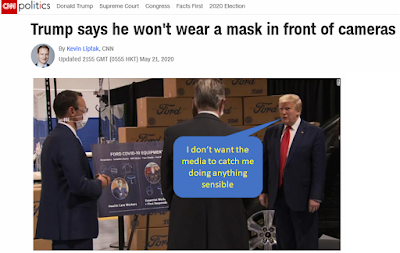 Posted by Private Beach at 3:03 pm No comments: 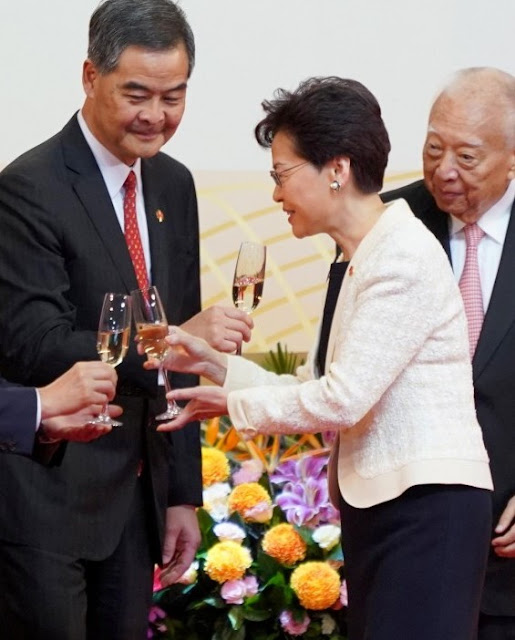 I turned on the TV the other morning, and within the space of a few minutes was confronted by all three of these terrifying characters.  I really don't think they should transmit horror shows so early in the day when impressionable children may be watching.
Posted by Private Beach at 9:55 am No comments:

The Gates of Mordor 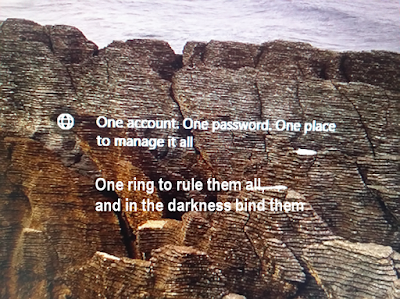 Posted by Private Beach at 10:07 pm No comments: 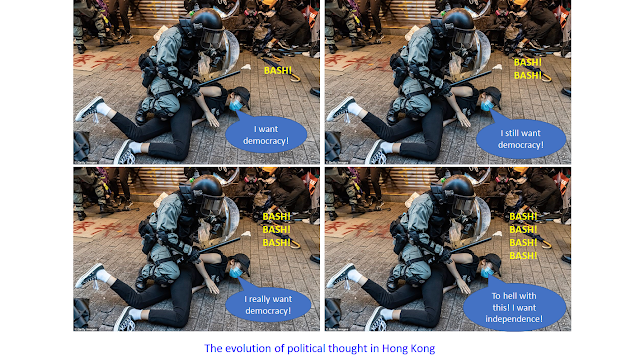 After arresting a number of people accused of plotting bomb attacks in Hong Kong, the police described them as using violence “to intimidate in order to achieve political ends”.  So, exactly what the police themselves have been doing for nearly nine months now.

Now the government's budget proposes a 7% boost in police manpower.  There are two problems with this.  The first is that the last thing most Hongkongers want is more cops on the street when they have totally lost faith in the force already.  People are tired of being teargassed, pepper-sprayed, beaten over the head and having their freedom of assembly violently repressed.  Meanwhile the government continues to ignore widespread demnds for an independent inquiry into the force's conduct, even though some of its own erstwhile allies have joined the call for it.

The other problem is that the force has so thoroughly disgraced itself that it is hard to imagine it still being an attractive career option for anyone sincerely wanting to serve the community.  This means that most of the 2,543 extra posts created are likely to appeal only to thugs and bullies, of whom we have far too many in the force already.

Unfortunately, the government is following its usual "eat your shit first or you don't get your candy" strategy by lumping this increase together with other budget measures in a single bill, so that the only way democratic lawmakers can vote it down is to also reject the popular and much-needed relef measures in the budget.
Posted by Private Beach at 10:12 pm No comments: 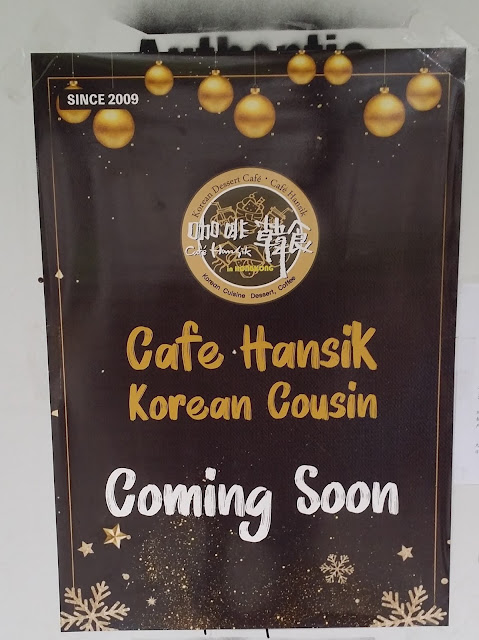 Glad to see my Korean relatives are coming to town.  I guess they will be offering Seoul food!
Posted by Private Beach at 7:40 pm No comments:

A plague on your plague! 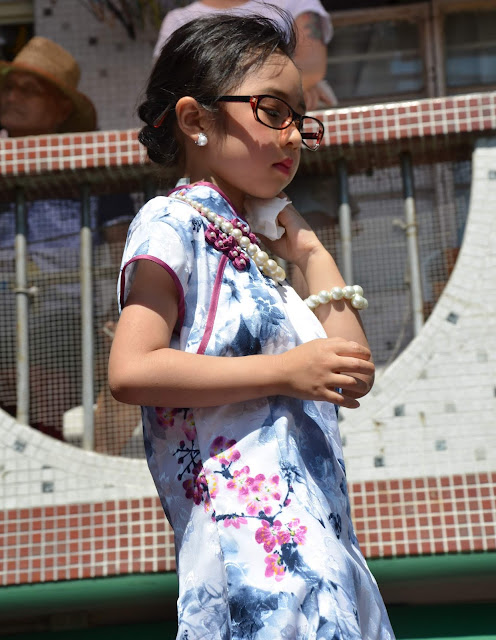 So the Cheung Chau Bun Festival joins the long list of mass events in Hong Kong being cancelled to halt the spread of the Wuhan coronavirus.  This is ironic, because according to historians, the festival originated out of Taoist rituals to drive off the evil spirits believed responsible for a plague which afflicted the island in the late Ching Dynasty.  If these rituals apparently worked a century ago, shouldn't we give them a chance to drive off the current affliction? 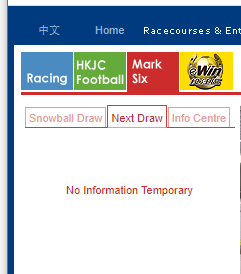 Another local institution suspended in the face of the virus is the Mark Six Lottery.  For no obvious reason, the date of the next draw on the Jockey Club website has been replaced for weeks now by the ungrammatical message above.  If the Jockey Club can still stage horse racing, why not the Mark Six?  In these troubling times, we all need to be able to buy a little bit of hope.
Posted by Private Beach at 1:10 pm No comments: 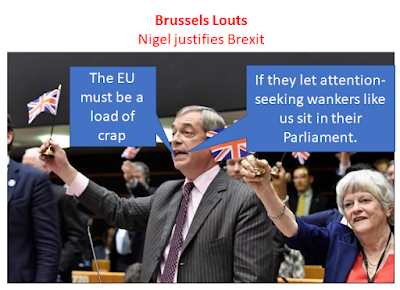 Posted by Private Beach at 9:42 pm No comments:

Posted by Private Beach at 9:25 pm No comments: 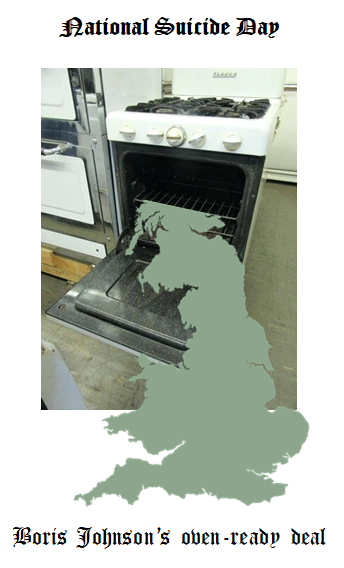 Just pop your head in the oven and turn on the gas to experience the delights of post-Brexit Britain. Coming soon to a Job Centre near you!
Posted by Private Beach at 6:46 pm 1 comment: 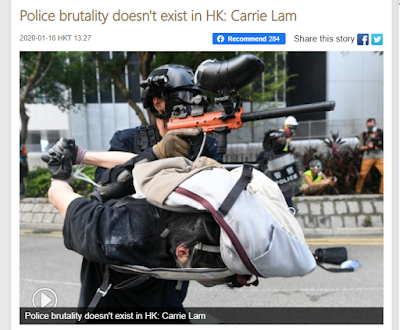