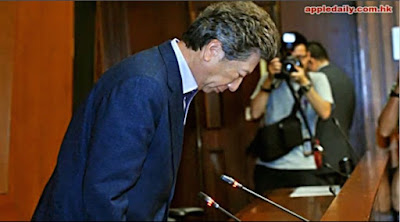 In the end poor little Ronny became so sad that he decided to leave the playground altogether and go away to play somewhere else by himself.
Posted by Private Beach at 10:04 am No comments: 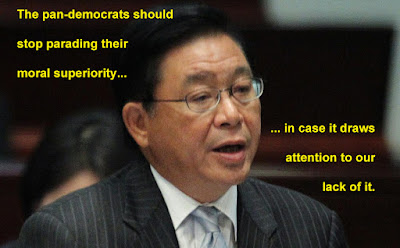 Posted by Private Beach at 10:31 am No comments: 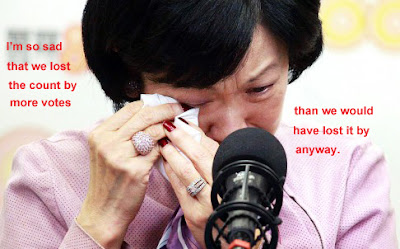 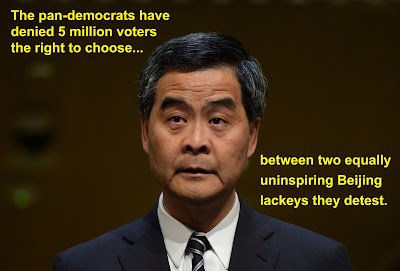 Posted by Private Beach at 3:01 pm No comments:

Is you is or is you ain't my country?

The defeat of the government's ill-conceived political reform package would by itself have made yesterday a delightful day.  The cock-up which saw most of the pro-government legislators miss the vote in an apparent botched attempt to trigger a quorum count is just wonderful icing on the cake.

While speculation on how they could be so stupid will no doubt continue for weeks, one other odd thing about yesterday also calls out for an explanation.  The predictable frosty statement from Beijing, curtly stating that this outcome is not what the Central People's Government wanted, was delivered by the Ministry of Foreign Affairs.  Given that the CPG is usually so sensitive about any suggestion that Hong Kong (or any other area not totally thrilled to be part of the country, for that matter) could possibly be anything other than an integral and never-to-be-severed part of the glorious motherland, it seems strange that the statement came from the Ministry supposedly dedicated to dealing with the barbarians outside the Celestial Empire.  Any explanations?
Posted by Private Beach at 3:02 pm No comments:

It was Parliament of Liars time yesterday as the Legislative Council began its long-awaited debate on the government's political reform package.  Before the members began their dissection of the bill, its two main proponents both used misleading and arguably downright dishonest arguments in its support.

Chief Secretary Carrie Lam, as ATV news reported it, "told lawmakers that the public opinion is clear" and they should vote accordingly.  Excuse me?!  It is true that a few months ago the package commanded modest net support (though never an absolute majority) in the opinion polls, but opinion has gradually been swinging against it, with some recent polls showing more voters against it than in favour.  Certainly there is no great public consensus welcoming the package - it would be truer to say that public opinion is deeply divided on the issue.

Then Justice Secretary Rimsky Yuen "told lawmakers that the government's political reform package has made use of all the leeway available under Beijing's framework for the 2017 Chief Executive election" (ATV again).  "Yuen also dismissed suggestions by the pan-democrats that the nominating committee would serve to vet candidates based on their political inclinations, and anyone who wanted to run for the top job could do so if they get the support of the committee."  This is about as meaningful as saying that "anyone who wants to can be rich in Hong Kong if they can win the Mark Six lottery" - we all know that the whole point of the nominating committee is to ensure that only Beijing's favoured candidates can get on the ballot.

The overall thrust of Yuen's argument was to paint the limitations on democracy as a legal matter about which nothing could be done.  This drew an uncommonly caustic response outside the chamber from the usually urbane Civic Party leader Alan Leong, himself a lawyer: "I would respectfully ask the Secretary for Justice to shut up!"

As the debate continues today, the likely outcome appears pretty much as expected.  But just in case any of the pan-democrats may be wavering in their determination to veto the bill, here are seven good reasons why they should stick to their guns: 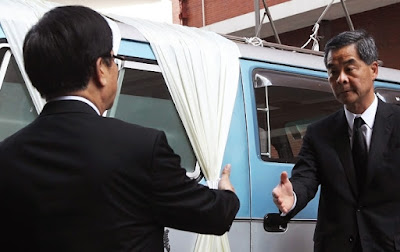 14 June 2015 - Chief Executive CY Leung pays his respects at the funeral of Yeung Kwong, a ringleader of the 1967 riots in which 51 people were killed, mostly by bombs. 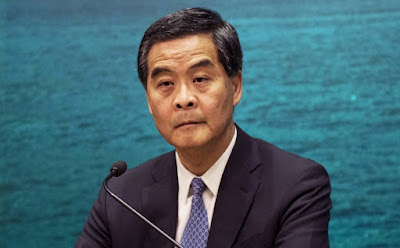 16 June 2015 - Chief Executive CY Leung warns that illegal activities will not be tolerated in Hong Kong following the alleged discovery of bomb-making materials in Sai Kung.
Posted by Private Beach at 12:02 pm No comments: 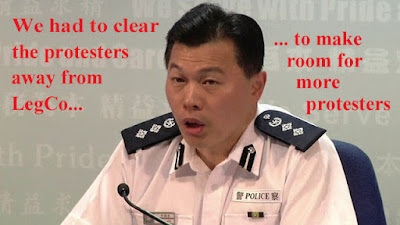 Posted by Private Beach at 10:10 am No comments: 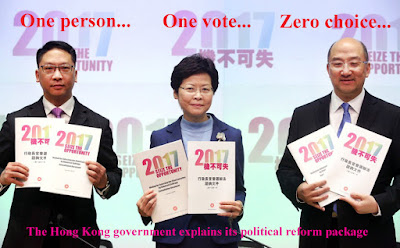