Do you feel safe? Well, do you?

The mysterious disappearance of a Malaysian Airlines plane, possibly a victim of a terrorist attack, has brought renewed attention to the issue of airport security.  Malaysian Airlines, it emerges, not only allowed several passe4ngers with false or stolen passports to board the ill-fated flight, but has a previous conviction for knowingly falsifying passport records to allow a banned passenger to board a flight.

If this worries you, then consider my recent experience.  A year or two ago, airlines everywhere were panicking at the prospect of liquid explosives potentially being brought on to a flight, leading to a general worldwide ban on liquids in all but tiny quantities being carried in cabin baggage.  On Friday last week - the day before the Malaysian jet vanished - I flew back to Hong Kong from a business visit to Manila.  At the airport, every passenger not only had their cabin baggage X-rayed, but was even asked to remove their shoes for X-ray examination.  Strict security, you might think - but one of the colleagues I travelled with inadvertently left a bottle of drinking water in his backpack, which eluded discovery and went on to the plane with us.

So, is total flight security possible?  I doubt it - even if passengers' carry-on bags are checked, it would only take one criminal baggage handler to smuggle a bomb on board.  You either accept terrorism as a risk of flying, or stay at home.
Posted by Private Beach at 5:07 pm 2 comments:

The South China Morning Post has another of its patented "no useful information" online polls today. 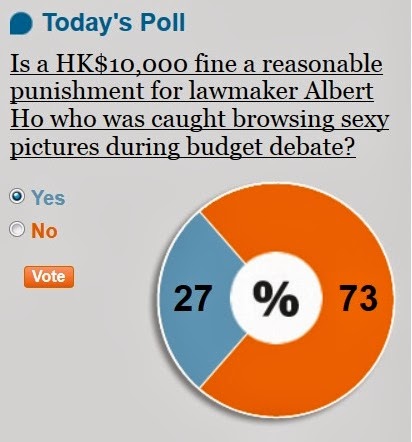 An article by Chief Secretary Carrie Lam in the South China Morning Post urges Hongkongers to "accept basic realities" to achieve universal suffrage in 2017.  Yet Ms Lam appears curiously reluctant to accept some basic realities herself:
So where does this leave us?  Probably we can agree with Ms Lam on one thing - that "the outlook for the successful implementation of universal suffrage for the chief executive election is not very bright, though the prospect is not yet completely bleak".  It would become a lot brighter, however, if the government itself faced up to the basic realities and focused its efforts on trying to convince the authorities in Beijing to trust the Hong Kong people, instead of trying to ram a fake version of democracy that ignores these realities down the throats of the Hong Kong electorate.
Posted by Private Beach at 8:10 pm No comments:

We know who you are 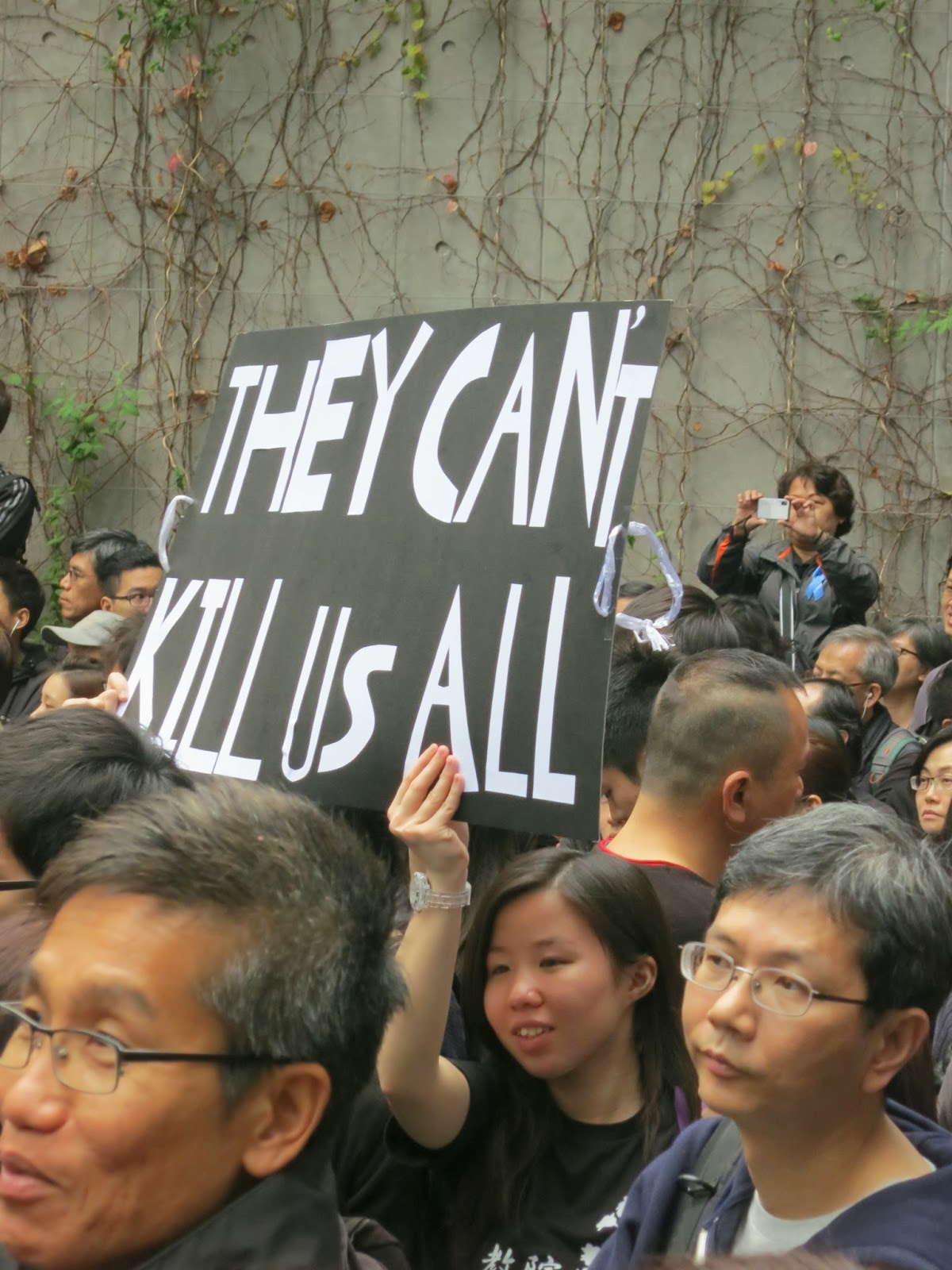 This slogan has become omnipresent since the brutal chopping attack on former Ming Pao Chief Editor Kevin Lau a few days ago.  It's interesting that everyone in Hong Kong seems to know who "They" refers to.

There were some unexpected faces on today's anti-violence protest.  Of course the usual suspects were there, but who would have expected a delegation from The Liberal Party?  And perhaps even more surprisingly, at one point I found myself standing next to CY Leung-supporter-turned-foe Lew Mong-hung.  Who would've thunk it?
Posted by Private Beach at 10:41 pm 2 comments: