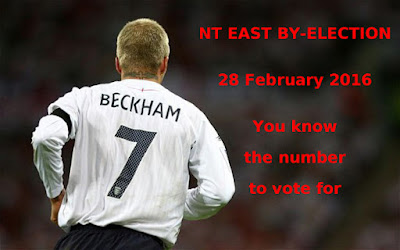 Posted by Private Beach at 2:42 pm No comments:

Iowa Republican caucuses winner Ted Cruz's victory speech - after the obligatory nod to God - sought to project him as a grassroots anti-establishment candidate, an outsider.  The next President of the United States, he claimed, "will not be chosen by the Washington establishment" and "will not be chosen by the lobbyists".  Presumably this indicates that Cruz - a Senator in Washington, whose campaign contributors [and here] include a bunch of SuperPACs as well as the usual Wall Street suspects like the oil and gas industry and financial institutions such as Goldman Sachs, the controversial investment bank up to its ears in both the 2008 financial crisis and the Greek debt crisis - does not expect to become the next President!

Cruz is no stranger to self-contradiction - according to the BBC, as solicitor general "he argued in favour of the death penalty and late-term abortion bans", thereby contriving to be simultaneously both pro-life and anti-life!  But that is a contradiction he shares with most of the religious right wing in America, to whom human life is apparently more valuable before birth than afterwards.

Cruz is not of course the only Republican candidate who hasn't thought things through - Marco Rubio, third-placed Republican candidate in Iowa, blames mental illness for America's epidemic of gun violence.  At the same time, he has vowed to dismantle President Obama's health care reforms which have made health care more affordable for millions.  Perhaps he wants more untreated nutcases roaming the streets with guns?

One of the stated aims of this blog is "to make sense of the world".  Guys like this make that very difficult,
Posted by Private Beach at 9:22 pm No comments:


Beleaguered Chief Secretary Carrie Lam appeared on the TV news a couple of days ago at the Hong Kong Institution of Engineers Fun Day in front of a banner proclaiming:

(Unfortunately I have not been able to find a photo of this online - perhaps the media are getting tired of reporting every boring move made by senior government figures.)

Apparently this is the HKIE's slogan, not the government's latest vacuous feel-good campaign, but it did get me thinking:


I guess one man’s dream is another man’s (or Party’s) nightmare. 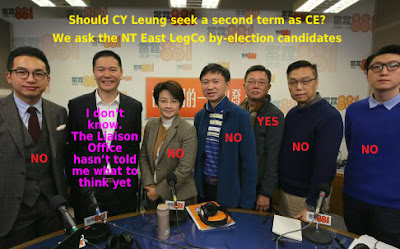 Posted by Private Beach at 7:27 pm No comments: