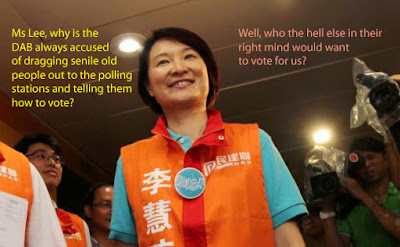 Posted by Private Beach at 8:19 pm No comments:

Posted by Private Beach at 8:17 pm No comments: 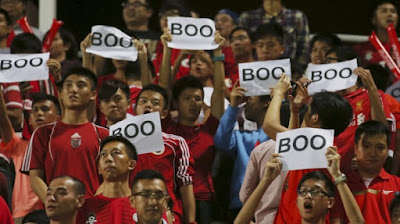 What a bunch of spineless wimps we have running Hong Kong!  Nowhere else in the world would a reporter even consider it necessary to ask a government minister which team he was supporting when his local team was playing - and nowhere else would the answer be so equivocal.  So fearful are CY Leung and his minions of offending the central government that CY effectively evaded answering altogether, while Health Minister Ko Wing-man (whom I used to consider one of the more sensible members of the sorry crew that passes for a government here) hedged his bets by declaring support for both teams.

According to the Basic Law - to which the government constantly promotes adherence - the function of the Chief Executive is "to represent Hong Kong".  If he can't even be bothered to support the territory's sports teams against external opponents, he is obviously failing in this legal obligation, and should be sent off by the referee.  He usually appears to be playing for the away team anyway.
Posted by Private Beach at 4:49 pm No comments: 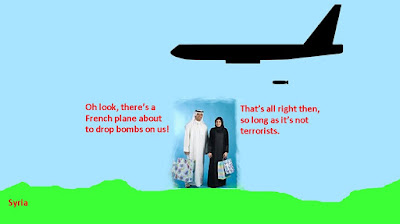 The massacre in Paris is of course horrific, but innocent civilians are getting killed every day by French, British, American, Russian and Syrian bombing.  Is it any less terrible because governments are doing it?  Why don't we see the same outcry against it?  I really want to know.
Posted by Private Beach at 3:00 pm No comments: 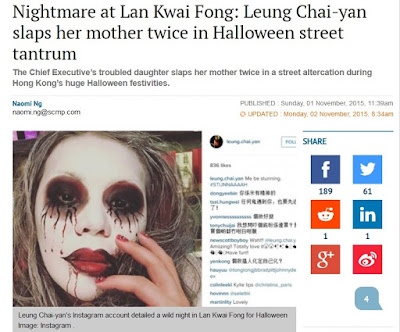 As a general rule, I try not to delight in the misfortunes of others; and I have seen enough dysfunctional families to sympathise with those trapped in them.  Yet against my better judgement, I found it hard not to feel a smidgen of pleasure when reading this story yesterday.  CY Leung has caused so much harm to Hong Kong that it is only natural to feel a twinge of enjoyment at the discomfiture he must feel when seeing his family's dirty linen hung out in public.  Ignoble of me, sure, but I';d be willing to bet that many other Hongkongers feel the same way.
Posted by Private Beach at 9:58 am No comments: 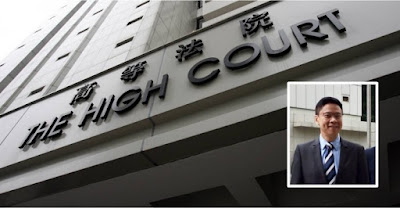 When someone is found innocent once and the prosecution appeals, one may suspect a miscarriage of justice.  When the person is cleared for a second time, only to face yet another trial, it begins to look very much like political persecution.

It is of course entirely coincidental that Stephen Chan supported Henry Tang for Chief Executive.