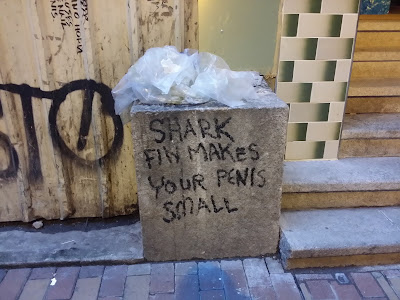 If this graffito - spotted in Bonham Strand West, home to many dried seafood merchants - is to be believed, shark stocks are not the only thing getting smaller. 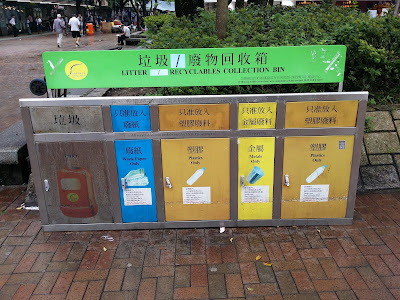 So someone finally told them about this - but what a klutzy solution! And why change the Chinese as well?
Posted by Private Beach at 10:54 am 1 comment:

Does anyone in Hong Kong really believe that Carrie Lam thought up the controversial extradition bill all by her vacuous self?  It has Beijing's fingerprints all over it, not least in the indecent haste with which the usually lethargic government is pushing through a .change widely opposed by the legal sector, many of Hong Kong's major trading partners, large parts of the business sector (including some the government can usually rely on for support), and most importantly, the majority of the Hong Kong people.

Then there was her description the other day of the Tiananmen Massacre candlelight vigil as "some sort of gathering to commemorate a particular historic incident".  I'm not a violent man, but I really wanted to slap her around a bit and shout "It was a bloody mass murder, not a 'historic incident'" in her uncaring ears.

And a day or two ago, she even started playing the mother card: "As Chief Executive and a mother of two...".  Really, give us a break.
Posted by Private Beach at 10:39 pm No comments: 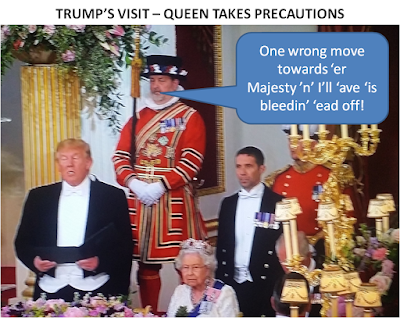 Posted by Private Beach at 4:17 pm No comments: