The last place to look

A few months ago I lost my sunglasses - a rather good pair. I looked everywhere - in every drawer and bag I could possibly have left them in - but to no avail. Reluctantly (and expensively, because I need prescription lenses) I finally gave up and bought a new pair.

This morning, in preparation for a coming trip, I took out my video camera to recharge the battery, opened up the camera case, and there were my old sunglasses! I must have popped them in there while filming on our last trip, but really, who woulda thunka looking there? Oh well...
Posted by Private Beach at 12:19 pm No comments:

My country 'tisn't of thee 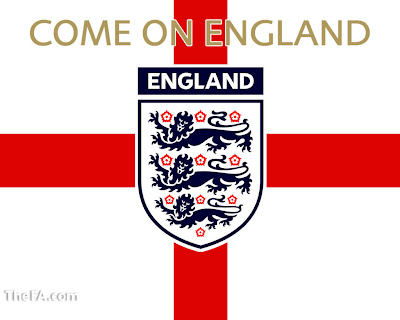 As the World Cup kicks off in South Africa, it is hard to imagine any participating nation discouraging its citizens from flying the national flag in support of their team. Any nation, that is, except my native land, where my departure has clearly lowered the national average IQ even more than I previously thought.

English - as opposed to British - nationalism is rarely as fervent as the Scottish and Welsh varieties - there is no English Nationalist Party in Parliament, and unlike Scotland and Wales, England has no Parliament of its own. Only major sporting events generally bring out displays of English patriotism, when the cross of Saint George, England's patron saint, is seen more often than the United Kingdom's Union Flag ( as the Union Jack is properly called).

One of the reasons being given by killjoys for banning the flying of the flag is fears that it might appear racist. Where do these people live? Clearly they haven't noticed that England's football team has been racially integrated for two decades - indeed, several black players have captained it over the years, and mixed-race player Rio Ferdinand would be doing so in this tournament had he not been injured.

It is true that members of the odious British National Party like to cloak themselves in the flag, but singer Billy Bragg neatly put their bullshit into perspective when he pointed out that their anti-immigration policies would make St George, born in the Middle East, unwelcome in England. (Ironically, the YouTube clip was apparently posted by a BNP supporter). But then logic has never been racists' strong point - I am old enough to remember people arguing that no black player would ever be good enough to play for England - at the very time when Pele (certainly not white) was establishing his reputation as the greatest footballer of all time. 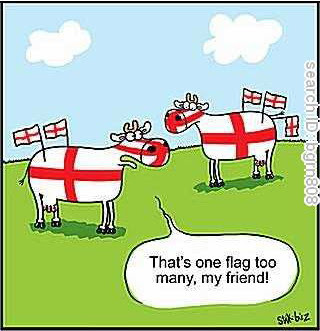 Chutzpah: (Yiddish) unbelievable gall; insolence; audacity, effrontery
A multinational group of unarmed volunteers on an aid mission are sailing peacefully in international waters when a large gang of heavily armed men board their ships, shoot several of them dead, detain the rest, seize their vessels by force, confiscate their cargo of humanitarian supplies (which is found to contain no weapons), and steal their personal possessions. The legal name for this type of action is of course piracy. Some of those on board may have forcibly resisted the pirate incursion, as they are legally entitled to do, though accounts differ on this.

Just another day in the Middle East - but what males the episode even more bizarre is that the pirates then turn up at the UN Security Council claiming that their victims were in breach of international law and painting themselves as the victims of unwarranted violence. Chutzpah is not a word I use myself, but in this case I am irresistibly reminded of its Hebrew origins. 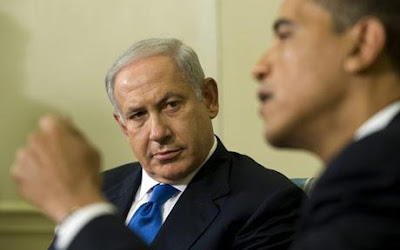 Though most countries express outrage, the USA, so quick to condemn piracy when it occurs off Somalia, is strangely hesitant to condemn the actions of the pirates on this occasion. Perhaps the next step should be for American peace activists to mount their own aid mission to Gaza in an American-registered ship. If it receives the same treatment, I wonder if public opinion in America will still let Israel get away with murder?
Posted by Private Beach at 3:04 pm No comments: