With everything we love about Hong Kong, from press freedom to our country parks, seemingly under sustained assault at present, the annual budget seems curiously irrelevant this year.  Financial Secretary John Tsang used his budget speech as another opportunity to repeat his gloomy prediction that the SAR will run out of money in a few years, despite having bigger reserves than most countries many times our size.

No doubt his figures will be endlessly picked over by analysts; however, no one is likely to answer the really big budget question. If a private company employed a Chief Financial Officer who year after year predicted that the company would make a modest loss, but in the event it repeatedly turned in massive profits, he would surely be fired as incompetent.  So why is someone who gets his sums wrong year after year still in charge of our economy?
Posted by Private Beach at 11:49 am No comments: 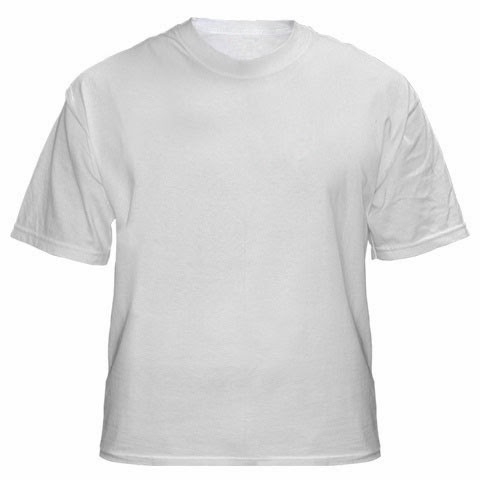 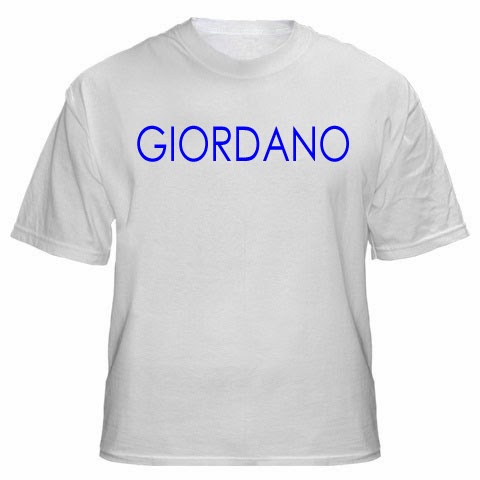 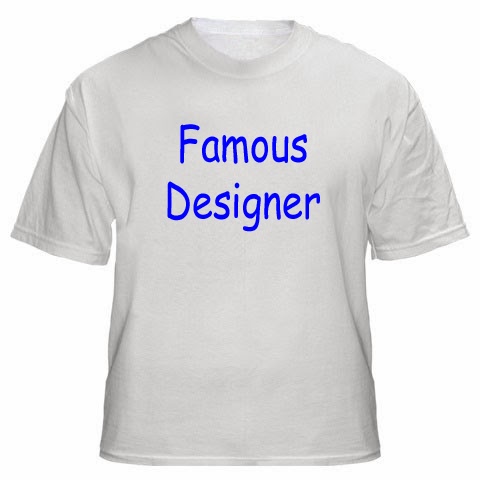 Posted by Private Beach at 5:19 pm No comments:

Moving in the Dark 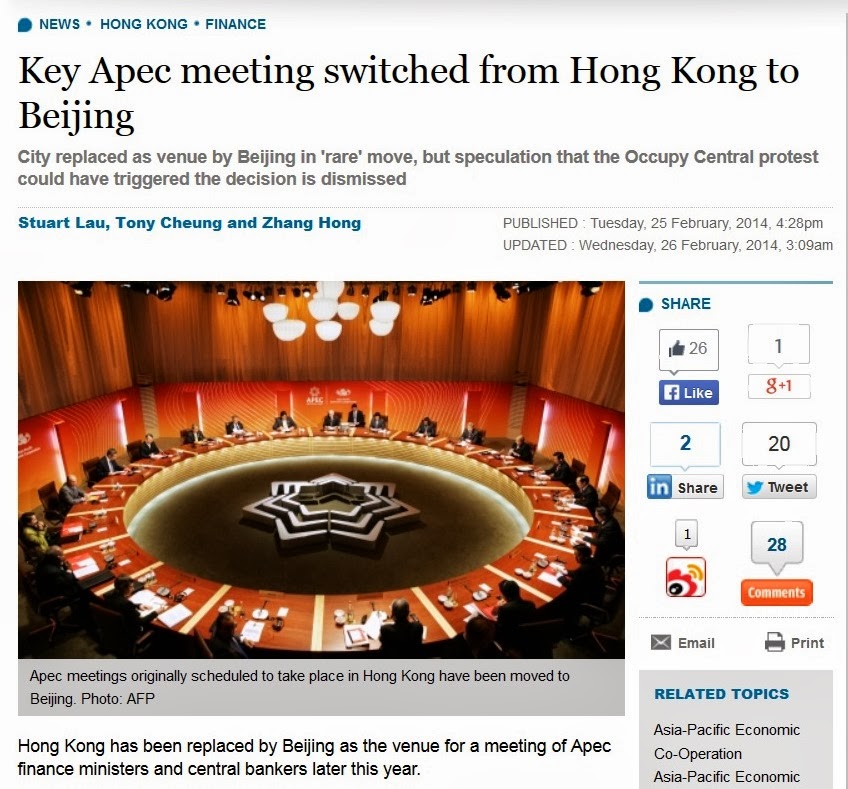 The Hong Kong government announced yesterday that an APEC meeting planned for the city in September will instead move to Beijing - if they can find it! 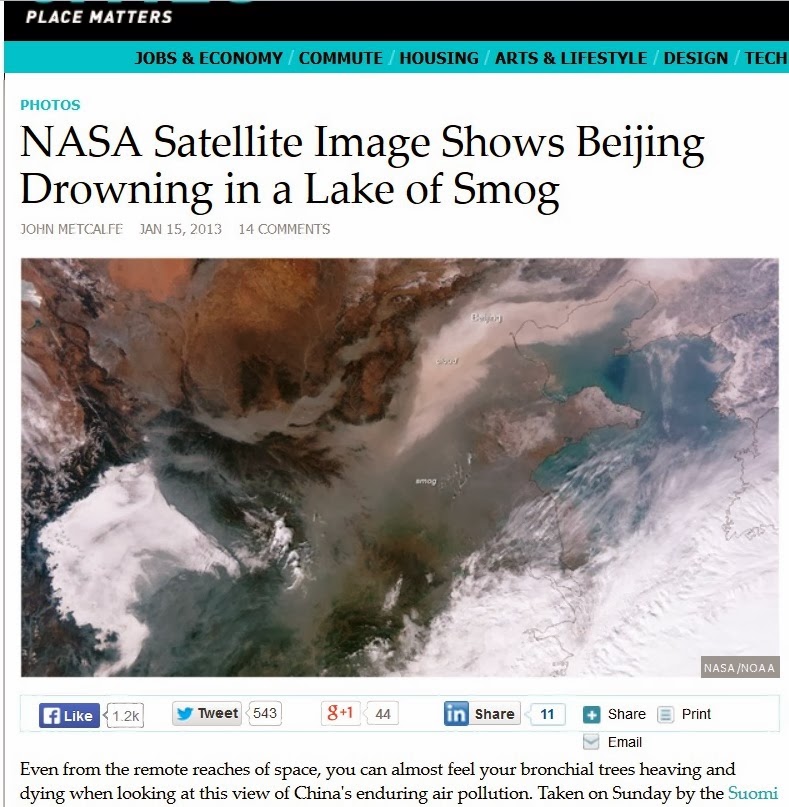 A hysterical (in both senses) article in Beijing mouthpiece The Global Times castigating Hong Kong for selfishness in not wanting to be flooded with ever more mainland tourists asks:


"Chinese tourists bring their bad habits of shouting, noise level, shopping in crowd and in bulk to Paris, London and New York. Only Hong Kongers react to these problems more violently than the 'foreign devils/ghosts'. Why is Hong Kongers' tolerance level so low? Shouldn't they have thought about their inability to tolerate and embrace (Chinese tourists)?"
[Translation by the invaluable (to non-Chinese readers) Real Hong Kong News – apparently from a longer Chinese version.]
The answer to this question is easily illustrated: 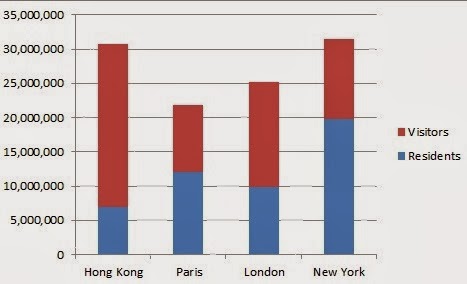 In simple terms, tiny Hong Kong had a ratio of approximately 3.4 visitors per resident in 2012 (most of them from the mainland), compared with 0.8, 1.6 and 0.6 visitors respectively for the much larger Paris, London and New York metropolitan areas.  Is it any surprise that we feel like we’re being crowded out of our own city?
[Sources: Population figures taken from Wikipedia.  Tourist numbers from here - the latest complete comparative figures I could find, though other sources differ – things have already become much worse in Hong Kong since then.)]
Posted by Private Beach at 7:41 pm No comments: 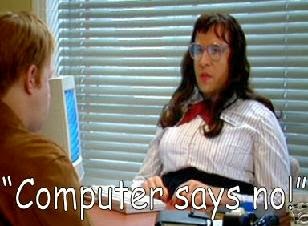 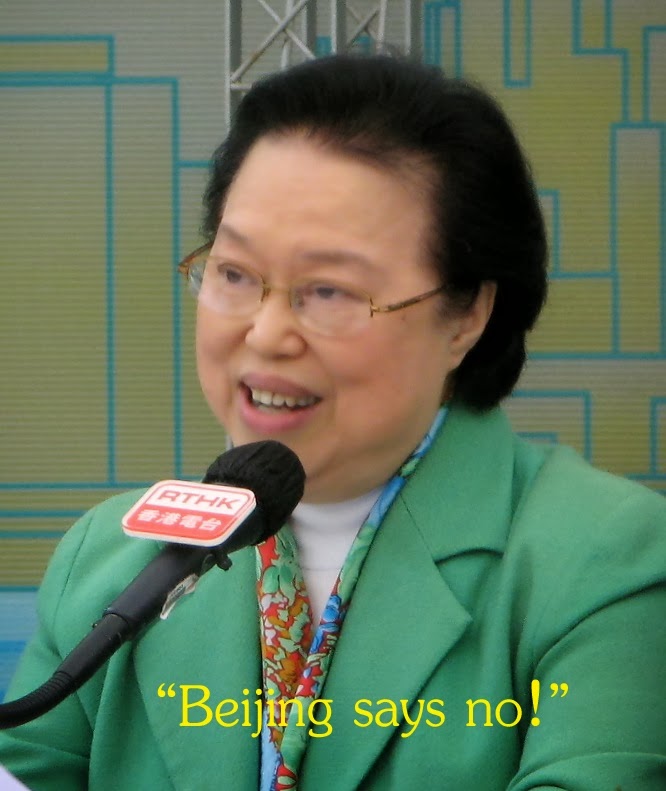 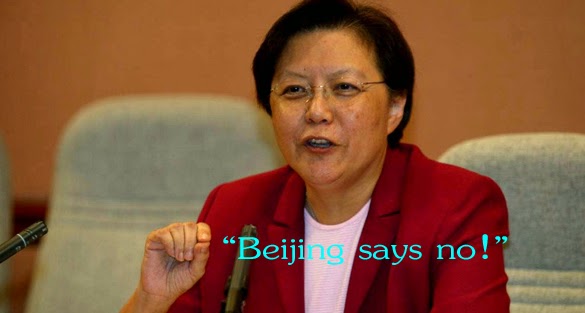 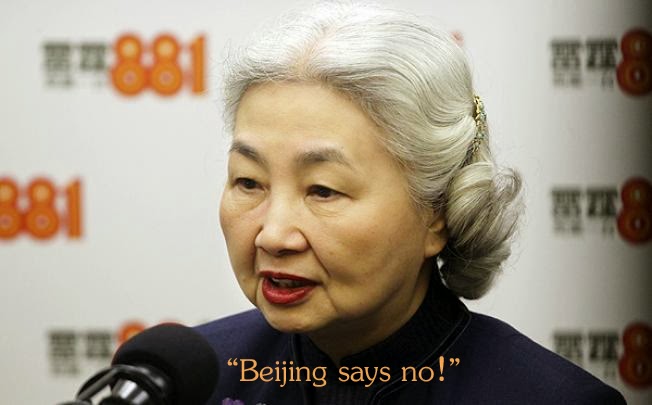 Posted by Private Beach at 6:28 pm No comments:

Oh where are you, my Valentine? 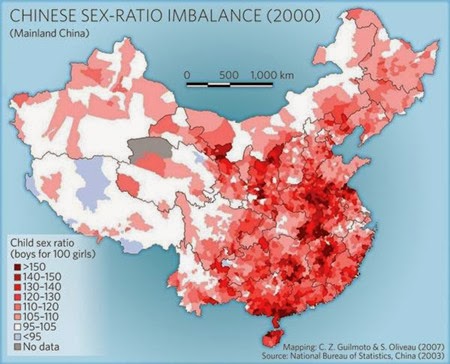 As you celebrate Valentine's Day with your loved one today, spare a thought for the millions who will never have anyone to celebrate it with.

The recent crackdown on the booming sex trade in Dongguan has gained much media attention, with some articles suggesting it is the start of a new campaign to return to the strict "socialist morality" which had almost eliminated prostitution in China by the time the Open Door Policy reopened the door to it in the 1980s.  However, basic biology tells us that any such campaign is doomed to failure.  Apart from the entrenched corruption which protects the sex business, the one child policy combined with the traditional Chinese preference for sons over daughters has created a situation where male births exceed female ones by possibly as much as 15 to 20 percent.

This has created a situation where tens of millions of men  - some estimates suggest 24 million by 2020 and 30 million by 2030 - will never find a wife (except perhaps in Tibet, where there is a tradition of one woman marrying several brothers).  Figures vary - the most pessimistic projections suggest that 25% of men of marriageable age may never find a mate, while others argue that many female births are in fact being concealed from the authorities and the situation may be less severe than feared - but either way, it is simply unrealistic to expect that all these masses of unmarried men will be willing to remain celibate for their whole lives.  The reality is that Chinese government policies have unwittingly created a social need for prostitution - a reality reflected in negative public reaction to the current clean-up campaign.

This is not the only irony in the situation.  The very desire for a son to carry on the family name - so deeply ingrained in Chinese culture - has contributed to a situation in which many family lines will come to a dead end in the current generation.  As the old saying goes: Be careful what you wish for - you may get it.


P.S. After posting this, I read this story: China Valentine: No cinema seats for Shanghai couples.  The SCMP's version of the story adds:

'China's growing population of singles has caused changes in the youthful perception of Valentine's Day. What was once viewed as a celebration of love is now the subject of discontent for some youngsters, and in the 1990s, "Single's Day" was a born as a rebellious answer to Valentine's Day.

Occuring on November 11, with the date 11/11 chosen for its appearence of "four single digits", Single's Day has evolved in recent years into one of the mainland's biggest days for online shopping.'

[The spelling and punctuation errors are the Post's, not mine.]
Posted by Private Beach at 11:54 am No comments: 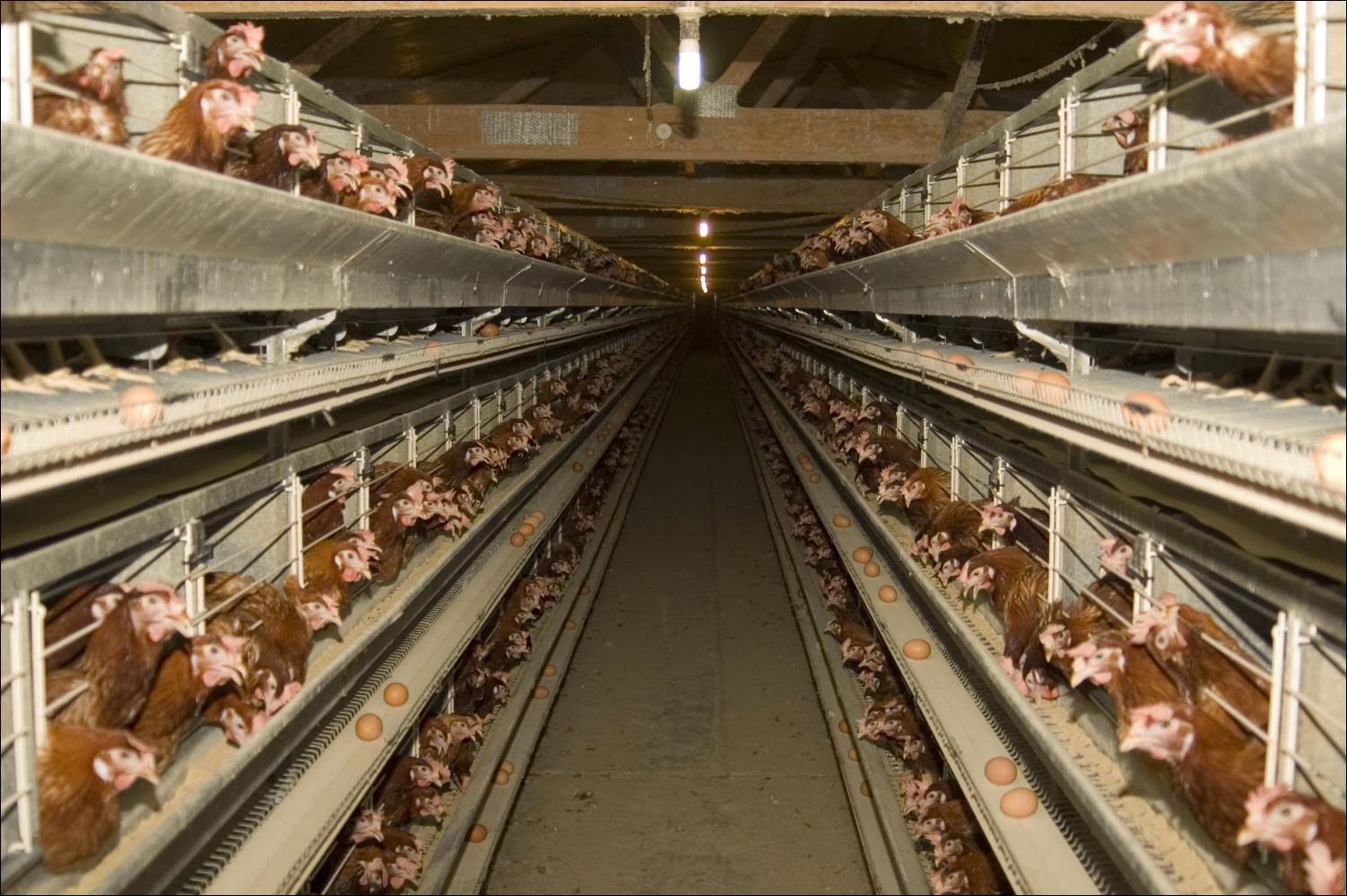 ATV News last night reported that Shu Yuelong, director of the Chinese National Influenza Centre, said that in the long term, authorities will have to reconsider allowing chickens to be raised in backyard farms.  This is getting things exactly the wrong way round.  Science should be evidence-based, but there is no evidence that small farms are the problem here.

For centuries, people around the world have kept a few chickens running around in their back yards, and bird flu was never a significant problem.  Far from this, it is in fact the giant factory farms of today that are the source of the problem.  Cram hundreds of chickens into row upon row of prison-like cages in unhealthy conditions, feed them an unnatural diet, and you have the perfect environment for any disease to spread quickly from one enfeebled bird to another.

Even before considering the cruelty involved, these "farms" should be eliminated.  Naturally reared birds may cost more, but they are less likely to put your life at risk - indeed a recent scientific study finds their eggs are better for you.
Posted by Private Beach at 10:36 am No comments: 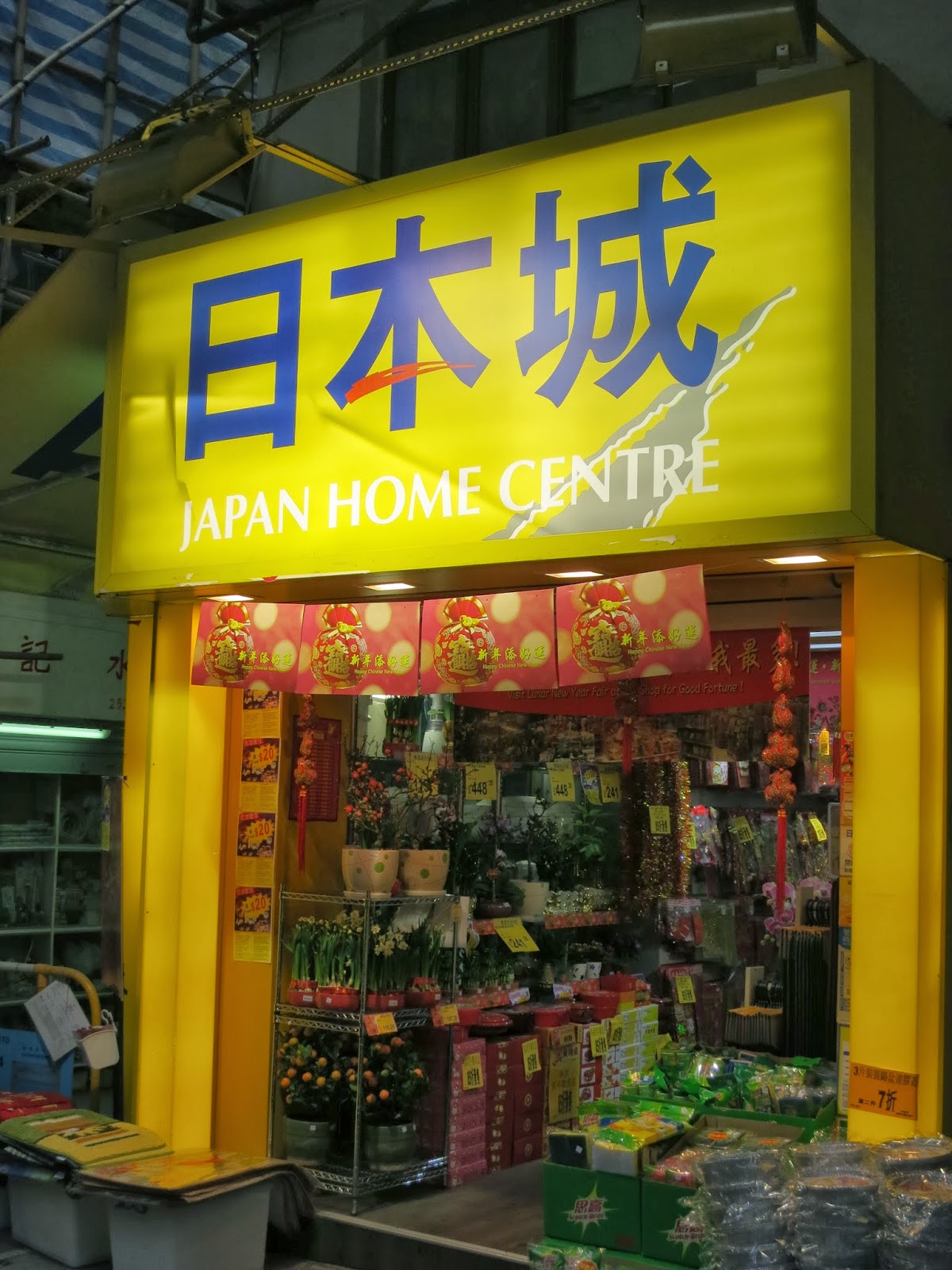 What is it that compels otherwise sensible companies to change meaningful names to meaningless - and often hard to remember - three-letter identifiers? 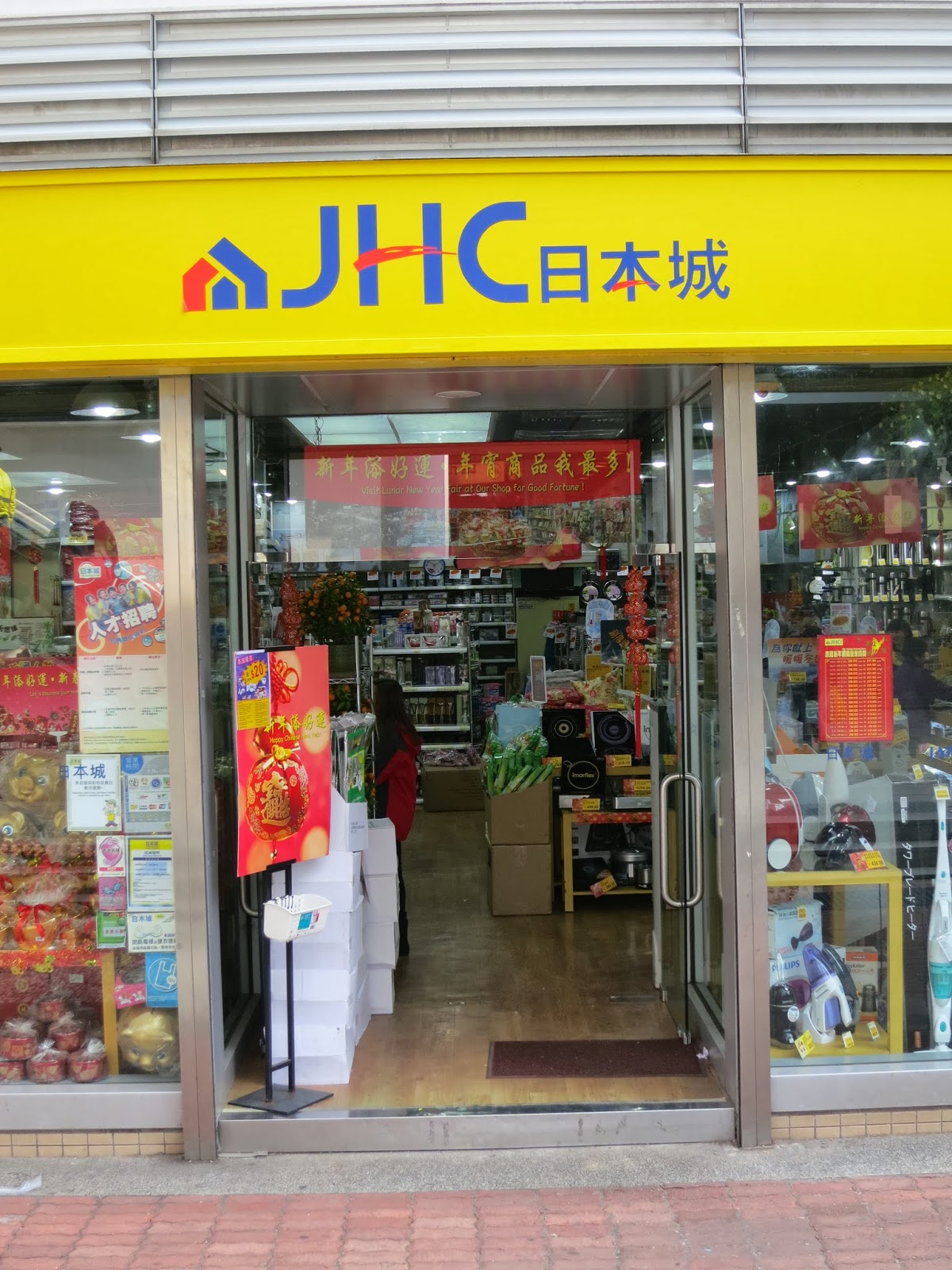 Now another well-known Hong Kong chain seems to be succumbing to this curse.
Posted by Private Beach at 8:17 pm No comments: