Seeing the manager of the San Francisco Giants bragging of his team being "world champions" on TV after winning the World Series, I couldn't help but want to ask him: Which countries did you beat to achieve that?
Posted by Private Beach at 3:26 pm No comments:

My sympathies on most issues are usually with the pan-democrats in LegCo rather than with the Hong Kong government, but their call to scrap the means test on the government's proposed Old Age Living Allowance raises a simple question that none of them has yet answered to my satisfaction.  As a taxpayer, I am happy to contribute to the support of those elderly people in real need.  But what the hell gives anyone the right to take my hard-earned money and give it to people who don't need it?

Filibuster or not, the government should stand firm on this one.
Posted by Private Beach at 1:46 pm 3 comments:

And there it is!

I've just been playing around with Blogger's template options, so this post brings a new look to the blog.  In the conversion process, Blogger somehow lost my list of blogs and quote at the right side, but they were overdue for an update anyway, so I'll work out how to restore them later.

Apart from the colour scheme, the biggest change you'll see is the picture above, which is of the beach I think of as my private beach.  Of course I don't actually own it, but it's far enough off the beaten track in Hong Kong that relatively few people know of it.  And no I'm not going to tell you where it is - if I did, it wouldn't be private, would it?
Posted by Private Beach at 3:30 pm No comments:

The more I think about Richard Mourdock's views, the more bizarre they seem (though he now claims they've been misinterpreted).  If he believes that the biological consequences of rape are God's will, then wouldn't it also be God's will if the rape victim contracted HIV as a result?  His God maybe; but not any god I would choose to worship.


The eminently sensible Robert Reich says that "A democracy needs at least two sane political parties".  With members like this, it's looking increasingly as if America is one sane party short of a democracy..
Posted by Private Beach at 5:47 pm 1 comment:

What's wrong with these people?

Following Todd Akin's support for punishing rape victims by making them carry the rapist's child to term in case of pregnancy, another Republican candidate has gone even further, with Indiana Senate candidate Richard Mourdock declaring that "even when life begins in that horrible situation of rape, that it is something that God intended to happen."

What next: if pregnancy from rape is something God intended, then how about death from murder?  What's wrong with these people?
Posted by Private Beach at 10:57 am 1 comment:

The Rime of the Missing Mariner

The Hong Kong government has acted quickly to appoint a Commission of Inquiry into the Lamma ferry disaster which killed 39 people.  Its mandate is to look into the causes of the accident, review maritime safety conditions, and recommend measures to be taken to avoid similar tragedies in future.  The Commission has been given six months to complete its work.

With all due respect to the two-man panel appointed - a respected senior judge and a former Director of Audit, who will certainly perform their duties conscientiously - there seems to be a glaring omission here.  In view of the fact that much of the evidence examined will inevitably be technical in nature, wouldn't it be desirable for the panel to include at least one member with expertise in maritime affairs?  Or is this just another of the many occasions on which something that seems obvious to me does not to anyone else?
Posted by Private Beach at 10:27 am No comments:

US Republican Representative Joe Walsh (not the rock star of the same name) is, he says, "pro-life without exception".  And in his view that means not only the widely accepted exceptions for rape and incest, but even cases where the pregnancy threatens the life of the mother.  Like his party colleague Todd Akin, who famously and wrongly argued that women's bodies are able to prevent pregnancy in cases of rape, Walsh shows an alarming ignorance of female physiology.  Apparently he believes that medicine has advanced to the point where no woman's life is endangered by pregnancy.

If Walsh had been able to impose his ignorance on my sister-in-law, who suffered an ectopic pregnancy a few years ago, she would be dead now instead of the healthy mother of two young children born subsequent to the operation that saved her.  I can't help wondering why any woman would support the Republican Party when such ignorant prejudice is becoming increasingly characteristic of its leading figures.

In fact I have difficulty understanding the entire mentality of the so-called pro-life movement.  The same people who are most fiercely opposed to abortion in any circumstances are often also opposed to sex education and even to convenient access to contraception, making it likely that more women will experience unwanted pregnancies which they will seek to terminate.

But the contradictions don't end there.  If Walsh is really "pro-life without exception", why does he belong to the party that plans a massive increase in America's military budget (contrary to its claims to want to reduce the country's budget deficit).  And why is it also the party more supportive of capital punishment?  It seems that "without exception" really means "without exception unless the child is already born, in which case it's OK to put them into uniform and send them off to be cannon fodder somewhere; or OK to strap them to a gurney and inject them with lethal drugs".  And this in the name of a god who said "blessed are the peacemakers" and commanded his followers to love their enemies.

Whether all this is hypocrisy or just stupidity, I will leave you to decide.  But I hope American electors will think about it when they choose who to vote for this year.
Posted by Private Beach at 12:41 pm 2 comments:

Thanks to Ulaca for naming this "Most Sensible Blog" - though I'm not sure everyone I know would agree!  Now I am going to be flooded with new readers (possibly), I may even get around to the long overdue task of updating my blogroll.  Half of those listed are probably defunct by now.
Posted by Private Beach at 4:43 pm 1 comment:

Email ThisBlogThis!Share to TwitterShare to FacebookShare to Pinterest
Labels: Hong Kong, Me

Which Side Are You On?

If you or I, as ordinary citizens, are asked whether we belong to a political party, we are perfectly entitled to answer "None of your business".  But if we put ourselves up for public office, this entitlement vanishes.  Anyone who seeks the public's trust should be required to disclose their true allegiances.

Tsang Yok-shing's refusal yesterday, during questioning by his fellow legislators, to disclose whether or not he is a member of the Chinese Communist Party makes him unfit to hold the Legislative Council Chairmanship.  Unlike the banana-throwing wing of the pan-democratic camp, whose "all or nothing" stance will leave us with nothing, I believe Hong Kong needs to cooperate and compromise with Beijing to achieve progress.  But in the nature of "One Country, Two Systems", there will be times when Hong Kong's interests and Beijing's do not coincide.  At such times we need to be confident that our public officials are standing up for our interests, not serving those of another power.  Tsang's refusal (unlike Leung Chun-ying's) to give that assurance makes him unworthy of public trust.
Posted by Private Beach at 9:49 am No comments: 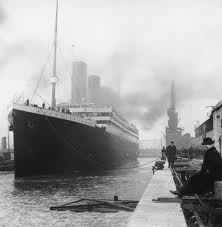 The day after the Lamma IV sinking last week, which has now claimed 39 lives, I was walking through Causeway Bay MTR station and found long swathes of one tunnel wall taken up by advertising for the Venetian Macau, which is holding a Titanic package promotion.  This features a Titanic Exhibition and a Human Bodies Exhibition.  Of course they couldn't have foreseen last week's events, but could there possibly be more insensitive timing?
Posted by Private Beach at 3:02 pm No comments:

It will probably be many months before the public inquiry into Monday's tragic ferry disaster officially assigns blame for the fatal collision, but one thing that's already clear is that it has been a Public Relations disaster for Hongkong and Kowloon Ferry.  While Hongkong Electric was quick off the mark in bringing out senior figures - including the company's ultimate owner Li-Ka-shing - to answer questions, show concern, express sympathy for the dead and injured and their families, and promise practical assistance, it took HKF around 24 hours to put out a statement and another half a day before they held a press conference.

By this time, quotes from various sources had managed to plant an impression in the public mind - and some sections of the media - that the HKF ferry - the Sea Smooth - rammed into the Lamma IV, then sped away from the sinking vessel without trying to assist the passengers.  I suspect this is a distorted and simplistic account of the evening's events.   As Ulaca points out, we don't yet know which vessel was in the wrong place - perhaps both.  But beyond this, the captain of the Sea Smooth - which was also damaged in the collision and had injured passengers on board - may well have feared that his own vessel would sink as well.  In that case, his decision to head on to port and disembark his passengers as quickly as possible would make more sense than taking people off one sinking ship onto another.

This is of course speculation - but so is the other version of events.   Anyway, what should HKF have done that they didn't do, and which the mighty Hutchison empire's PR machine did so effectively?
Pretty basic crisis management, really.