This Has Gone On Long Enough

East Taipo Evening Post, 28 November 2014: A new opinion poll shows that 85% of Hong Kong people now want the police to pull back from the streets of Hong Kong.  After eight weeks of intense police presence, most people feel their action can never achieve its goals and has gone on for far too long.

Mrs Pinkie Pong, 32, told the Post: "In the beginning I supported the police action, and even signed one of Robert Chow's dodgy petitions.  But now, even after the media tell us Nathan Road has been reopened to traffic, thousands of police are still out on the streets in Mongkok every night, blocking roads with their vans, harassing peaceful protesters, and beating up innocent passers-by.  It's time they got off the streets, returned to their barracks, and let ordinary people go about their business normally again." 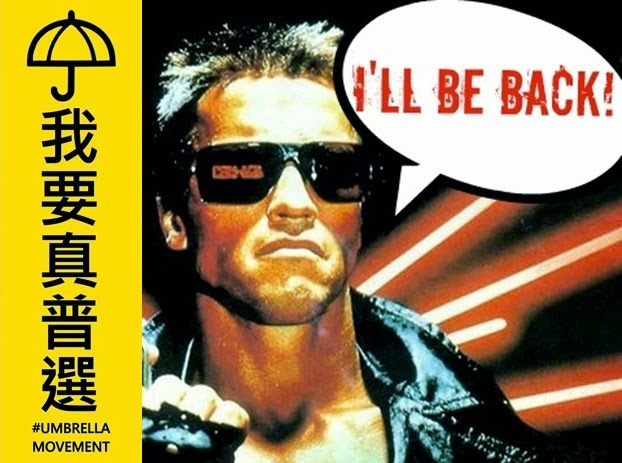 Posted by Private Beach at 9:48 pm No comments: 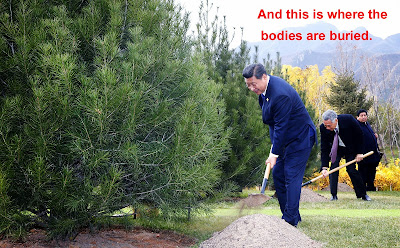 Posted by Private Beach at 10:18 am No comments: 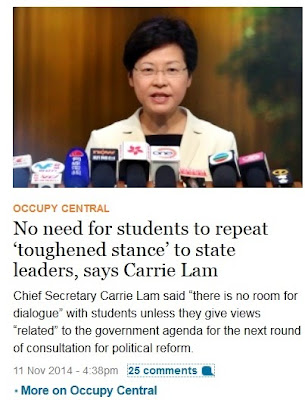 Posted by Private Beach at 9:29 pm No comments: