May You Never Again

Before becoming an awful Prime Minister, Theresa May was an awful Home Secretary.  Her legacy of disasters includes cutting police funding by 20% just as Britain was facing a growing wave of knife crimes and a spate of terror attacks.  The impact has been so devastating that police forces now openly acknowledge that they do not have the resources to handle minor offences, and just have to ignore them.

This disgraceful human rights catastrophe - known as the Windrush Scandal - should have disqualified May from ever holding high office again, but alas, it only came to light after she became Prime Minister and had set out to turn the whole country into a hostile environment for everyone.  Arriving in Downing Street with a platform of excellent promises, she failed to deliver on any of them.  Instead she obsessively pursued her promise to "deliver Brexit" long after it became obvious that no realistic withdrawal deal would ever satisfy the Brexit nuts, and opinion polls showed a clear majority for remaining in the EU.

Perhaps May's only plus point is that just about all the alternative Tory leaders on offer - especially the arch braggart Boris Johnson, a man so incompetent he doesn't even know how to comb his own hair - would be even more awful. 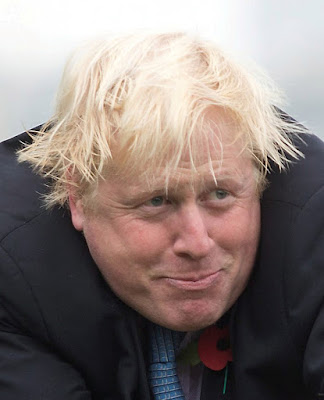 My poor country!
Posted by Private Beach at 12:31 am 2 comments:

This curious question is part of the application form for the HK$4,000 Caring and Sharing Scheme handout, one of the government's series of cockamamie programmes for giving back the taxpayers' money with the minimum of rational targeting and the maximum of bureaucratic expense and inconvenience.

Curious because the scheme is open to all Hong Kong residents with no racial qualifications, so there is no obvious need to ask the question.  Indeed, to do so is probably in breach of the Personal Data (Privacy) Ordinance.

Curious also for the apparently random selection of countries included.  While there are substantial numbers of South Asians in Hong Kong, few of them are from Sri Lanka, while those of white European ancestry - a much larger group - are not included at all; nor are Africans or Arabs.  And while the Scheme has been promoted in various ethnic minority languages, these do not correspond with the list in the questionnaire.

And curious too because most of those listed are not ethnicities at all, but nationalities.  By Bengali the form's compilers probably mean citizens of Bangladesh, but millions of those with Indian nationality are also ethnic Bengalis.  Sri Lanka has two major ethnic groups - Sinhalese and Tamils - while all the countries on the list have multiple ethnic groups or at least substantial minorities.

So what is this all about?
Posted by Private Beach at 1:36 pm No comments: 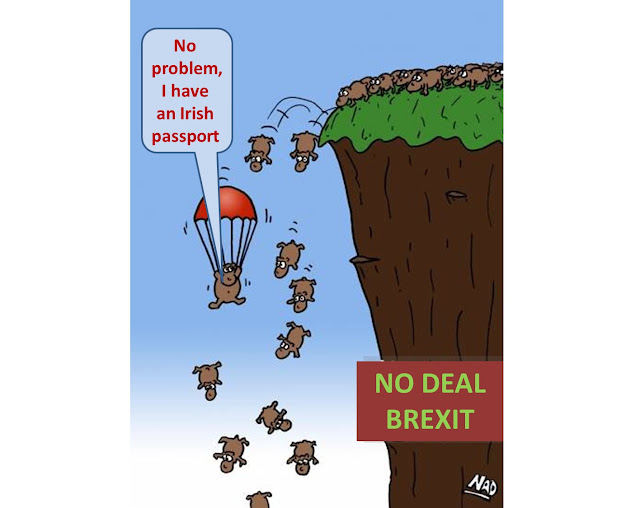 Unfortunately I don't have another EU nationality, unlike this happy chap.
Posted by Private Beach at 10:27 am No comments:

This can't go on forever - can it? 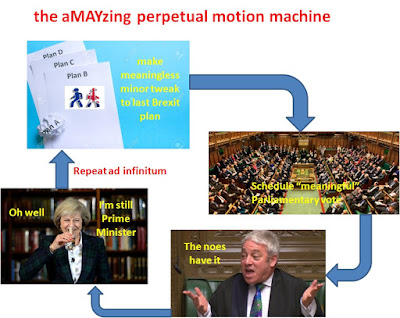 Posted by Private Beach at 10:15 am No comments: 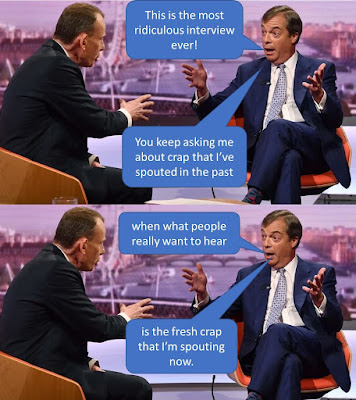 Nice one, Andrew!  Since Farage's past lies played a major part in creating the current Brexit mess, it seems entirely appropriate for Marr to call him out on them.
Posted by Private Beach at 3:47 pm No comments: 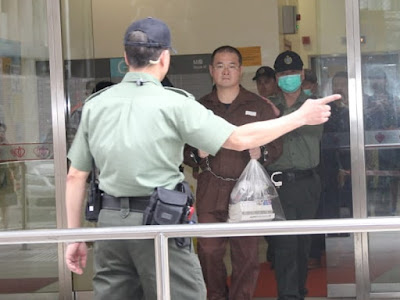 Was it really necessary for the Hong Kong authorities to wrap jailed LegCo member Shiu Ka-chun in chains like a ferocious wild animal for his return from hospital to prison?  Shiu is a gentle soul whose only "crime" is peaceful civil disobedience, not a vicious thug who needs restraint to ensure public safety.  A token pair of handcuffs would be more than enough precaution against the unlikely possibility of him taking flight.

There are two possible explanations for this security overkill.  One is gratuitous nastiness on the part of a government whose velvet glove is increasingly coming apart at the seams.  The other is that the powers that be are more afraid of the democratic opposition than they would ever admit, even to themselves.  Either way, they should all be sentenced to go away and read the works of Thoreau for a while.
Posted by Private Beach at 7:05 pm No comments: 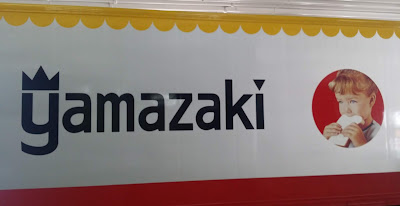 Branding experts like to ask what a brand stands for.  When a Japanese bakery in a Chinese city advertises itself with a picture of a European child so perfectly white he could have auditioned successfully for a Hitler Youth recruitment poster, what indeed?
Posted by Private Beach at 6:32 pm No comments: