The End of Empire

Between 1975, when I arrived in Hong Kong, and the end of colonial rule in 1997, I cannot recall a single time when the Hong Kong Police used tear gas.  Today, it is almost a daily occurrence.  Things sure get better, don't they?
Posted by Private Beach at 11:00 pm 3 comments:

The cop who wasn't there 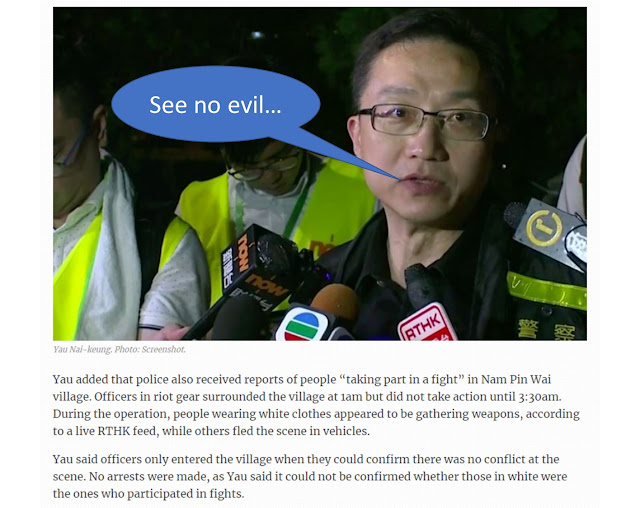 So, let me see whether I've got this right.  According to Yau Nai-keung – Assistant District Commander of Crime Yuen Long - the police were called to the scene of a possible crime, but hung around for 2.5 hours waiting for all evidence of the crime to be erased before they actually went in to check it out.  This seems a distinctly odd method of policing - in fact, its sheer absurdity reminded me of Major Major in Catch-22, who only sees people in his office when he's not in his office.
Posted by Private Beach at 7:21 pm No comments: 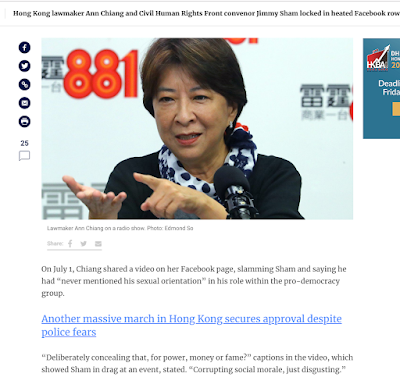 Pro-government Legislative Councillor Ann Chiang - the one who falsely suggested a local expatriate blogger was a foreign provocateur, and who called for a government ban on protests just before her own party stages one today, asks why Civil Human Rights Front convenor Jimmy Sham has "never mentioned his sexual orientation" in relation to his role in the Front.  Could it be because his sex life is:

Posted by Private Beach at 7:10 pm No comments:

I'm liberal, but to a degree 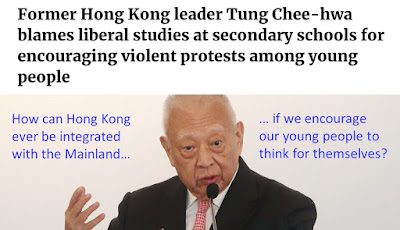 Posted by Private Beach at 10:34 pm No comments: 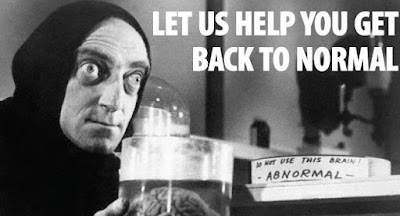 Yesterday's dramatic storming of the LegCo building was hardly “extreme violence”, as Carrie Lam characterised it – few heads were bashed – but it was a hugely dramatic act of targeted symbolic property damage.  I know I am not the only one wondering whether Beijing agents were involved in stirring up the action with the aim of discrediting the protest movement - which might help explain why the riot police presence inside the building evaporated as soon as the protesters broke through the glass door.

Be that as it may, over the past few years the Hong Kong government has been systematically narrowing the scope of allowable political discourse.  Consider for example:


The problem with this strategy is this: the more that certain political views are excluded from normal channels of expression, the more their expression will take other – and almost certainly less peaceful and less controllable – forms.  Add in unaffordable housing and the totally unacceptable extradition bill, and the inevitable outcome is the shock of yesterday's kerfuffle.

So Carrie Lam, if you really want to get things back to normal, what must you do?  The answer is simple: stop it.  Everything on my list above, just stop it.  Drop the extradition bill completely.  Forget about the Lantau white elephant reclamation project, and use the money to give Hong Kong's senior citizens a dignified old age instead.  Face up to the vested interests of the property developers and the Heung Yee Kuk and get serious about housing.  And if Beijing won't let you do any of this, then at least you can regain the respect of the Hong Kong people for trying, and we can all stop pretending that One Country Two Systems still retains any shred of meaning.

Posted by Private Beach at 6:30 pm No comments: