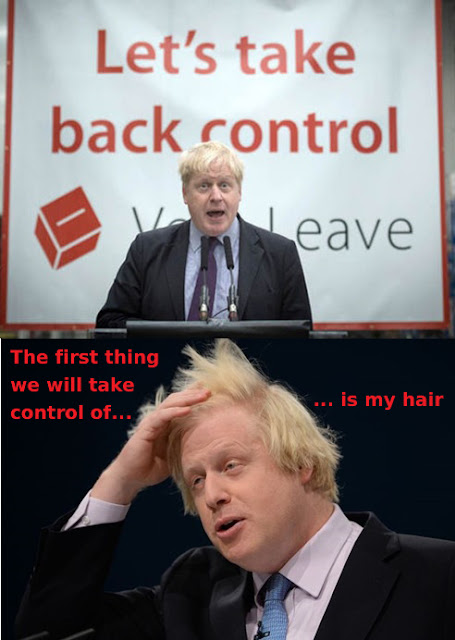 Having lived out of Britain for four decades, I no longer have a vote there, so I can't participate in today's referendum on EU membership.  If I could, I would vote to stay in.  Not only are many of the "Leave" arguments exaggerated and unrealistic, but the campaign to quit seems to attract a large number of xenophobes and racists, as Jo Cox's murder sadly indicates.

I have long felt that Britain would have far more influence in the EU if it was less half-hearted about its membership.  For example instead of coming back every few years to squeeze a better deal out of the other members, it should propose a long-term mechanism which would periodically review every member country's contributions to ensure they remained fair, then seek support from other countries to implement it.

If Britain does vote to leave, I predict that within a few years Scotland will vote again on whether to remain in a United Kingdom that would be very different from the one they chose to remain in last time.  Having secured their independence, they would then reapply for EU membership, leaving the rump of the UK out in the cold with diminished influence.  But hey, at least Boris Johnson's ego would be stroked.  What could be more important?
Posted by Private Beach at 8:29 am No comments: