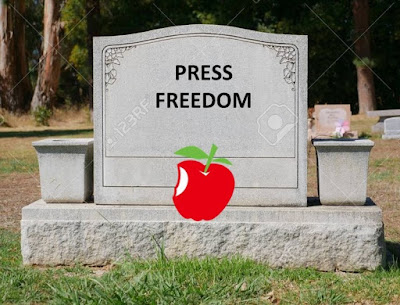 Posted by Private Beach at 1:39 am No comments: 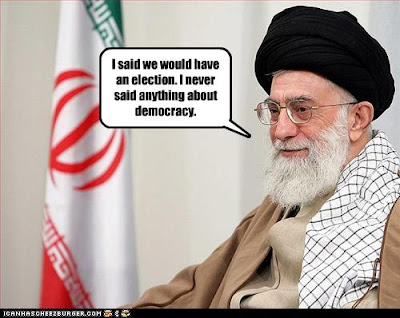 Watching BBC News earlier today, I was struck by some key characteristics of the current Iranian election:

Now, where else in the world does this remind me of?

Posted by Private Beach at 11:08 pm No comments:

Lest We (Are Forced to) Forget

Few people in Hong Kong take the South China Morning Post seriously as a news source any more, but one of the few remaining points of excellene in the paper is Harry's cartoons.  With the Victoria Park candlelight vigil banned for the second consecutive year, the June 4th Museum closed on the bureaucratic  pretext that it requires a public entertainment licence (massacres are so entertaining, aren't they?), and organisers of the vigil being arrested or already in prison, today's cartoon is particularly poignant:

The Hong Kong Free Press also has a number of articles marking the date.  And Hemlock is incisive as usual - pointing out that the aurhorities' clumsy efforts to suppress remembrance of the 1989 events are merely bringing more attention to them (the Streisand effect at work).

P.S. A valuable resource: How to Respond to Tiananmen Trolls.

Posted by Private Beach at 12:30 pm No comments: