Silence of the Damned 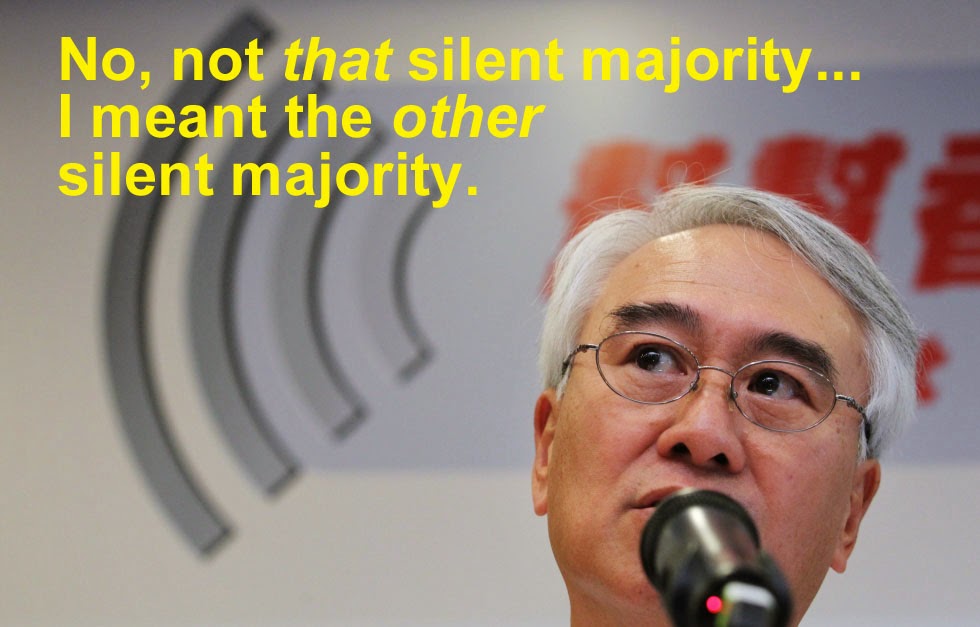 Most of the usual pro-government loudmouths are keeping unusually quiet at the moment about the current events in Hong Kong, but not Robert Chow, self-appointed (and self-inflated) spokesman of those with nothing to say.  Chow popped up on television yesterday asking the Occupy Central protesters to end their occupation of the streets soon so "ordinary citizens" could go about their business.  What does he think the thousands of protesters (and hundreds of thousands likely to join them over the holiday tomorrow) are - little green aliens from the planet Twinkletoes?  They are ordinary citizens of Hong Kong - unlike the busloads of mainlanders Chow imported to boost the numbers on his anti-Occupy march last month.

To claim, as Chow does, to speak for the "silent majority" relies on two assumptions, both false: 1) that those who do not speak out all agree with you; and 2) that they want you to speak on their behalf.  It takes a remarkably big ego and small brain to believe both of these.
Posted by Private Beach at 12:10 pm